BYD claims that these three electric passenger cars will bring more choices for the Japanese people and will help the EV market in Japan to grow.

BYD announced that it will officially enter Japan’s passenger electric vehicle market with its three models: Atto 3, Dolphin, and Seal.

BYD is familiar with the Japanese market since the Chinese company is already selling rechargeable batteries, solar energy products, all-electric buses, and all-electric forklifts. It will be a new player in the passenger electric car market.

BYD’s Atto 3, known as Yuan Plus in China, is a compact electric SUV built on BYD’s e-platform 3.0. Currently, it has two battery options: 49-kWh and the longer range 60.48-kWh one. Atto 3 is expected to be on sale in Japan in January 2023.

The second model to be sold in Japan is the BYD Dolphin. It is an all-electric subcompact hatchback produced since 2021.  It is planned to be on the Japanese market towards the middle of 2023.

The third model will be BYD Seal, a fully electric sedan built on BYD’s latest vehicle platform. The compact electric sedan has two engines that produce 530 horsepower and 670 Nm of torque and can travel around 650 kilometers when fully charged, according to the CLTC test cycle. BYD Seal will enter mass production later in 2022 and will be available in Japan in the second half of 2023.

Three EVs of BYD will be on the Japanese market 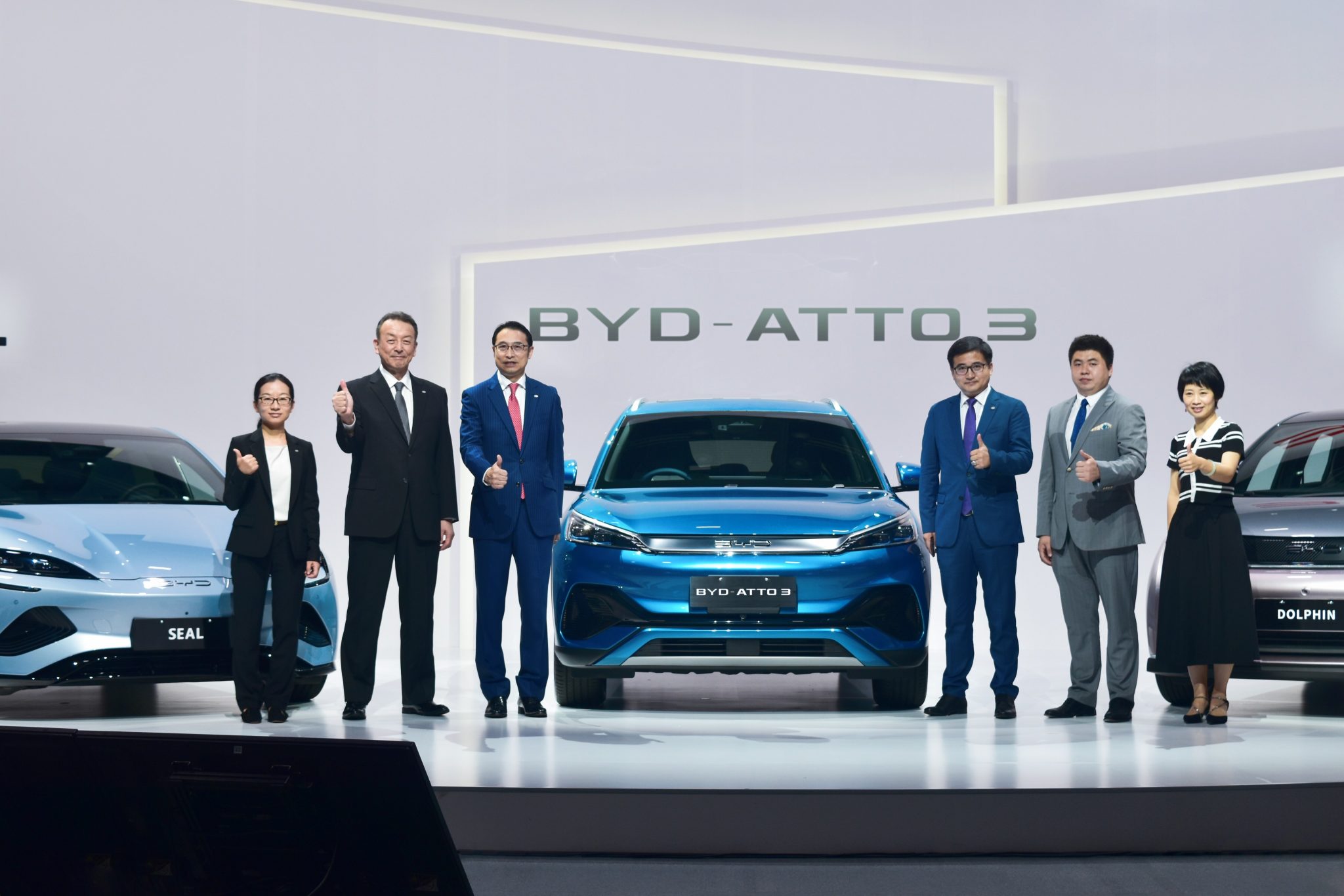 BYD claims that these three electric passenger cars will bring more choices for the Japanese people and will help the EV market in Japan to grow. This BYD move will be a challenge for local EV manufacturers like Toyota, Nissan, and Honda.

Wang Chuanfu, the Chairman and the President of BYD states that the company, as one of the first companies to develop EVs in the world, has total 27-year-long expertise and experience in the industry and has mastered the advanced technologies spanning batteries, electric motors, electronic control systems, and automotive-grade chips.

He also said “Today, with the support and expectation of consumers, BYD officially hits the new energy passenger vehicle market in Japan. Through the joint efforts of BYD and the local NEV market, we are dedicated to leading the way in e-mobility for a better life.”

Today, the Chinese manufacturer officially sells its products in 70 countries on 6 continents; however, its electric car sales are made largely in China. BYD aims to increase its EV sales in other countries.