BYD first launched its beautifully-designed electric sedan Han EV two years ago. ‘Dragon Face’, the design language used in the Han, has changed the way BYD makes cars recently. And now Chinese firm updated its face with a revamped version of the original design.
The newest version of the vehicle, 2022 BYD Han EV has a sportier rear face and a new lightbar-style taillight now, and also less chrome on the front as well. It is based on BYD’s next generation e-Platform 3.0 modular vehicle architecture. The battery capacity increased from 76.9-kWh to 85.4-kWh. All-wheel-drive version of the 2022 BYD Han EV can travel up to 610 kilometers when fully charged. The long range model is even better at 715 kilometers! These range figures are all based on China’s test cycle called CLTC. 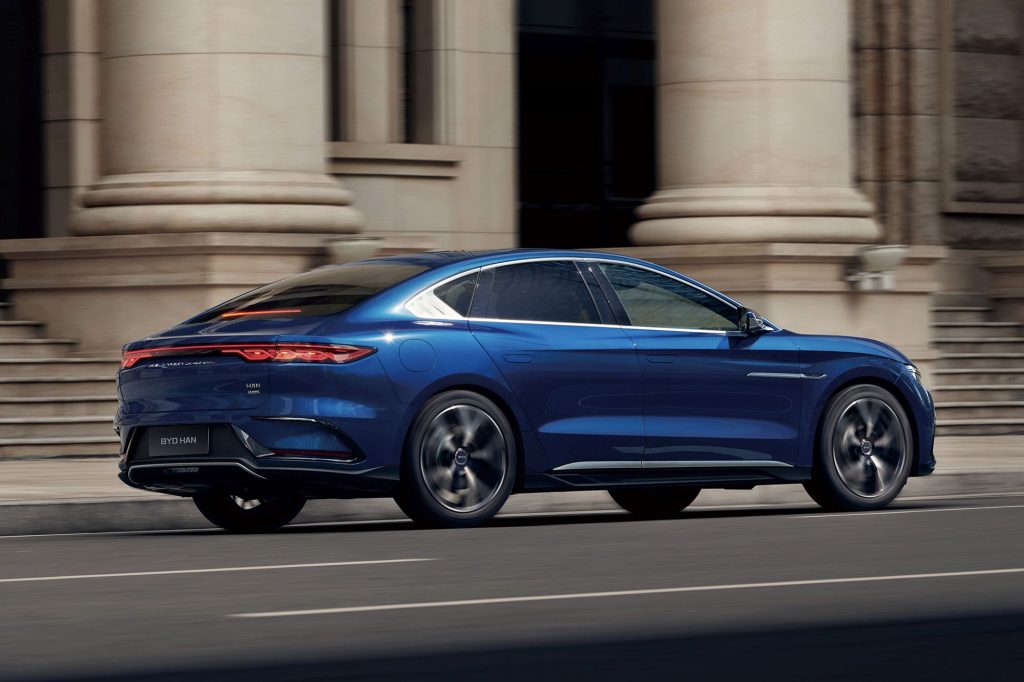 BYD Han’s WLTP range is 521 kilometers. Chinese brand’s highly-efficient heat pump system will definitely help European drivers who live in colder areas get a longer range out of their BYD Han. It has a dual-motor AWD drivetrain and can go from zero to 100 km/h (62 mph) in 3.9 seconds. Han is faster than most sports cars on the market. Han EV is not fast and reliable but also provides a rigid chassis, better road handling compared to its predecessor, and exceptional driving experience.
2022 BYD Han EV pricing starts at around $43,000 (290,800 CNY) for the all-wheel-drive option in China. Rear-wheel-drive, Han EV Long Range model can be bought as low as $40,250 (271,800 CNY).
The Han EV is on sale in European countries such as the United Kingdom, Germany, Netherlands, etc. BYD Han EV European price is €72,000. It costs significantly higher in Europe compared to China. The AWD BYD Han can be bought for less than €40,000 in China, whereas the European starting price is €72,000. 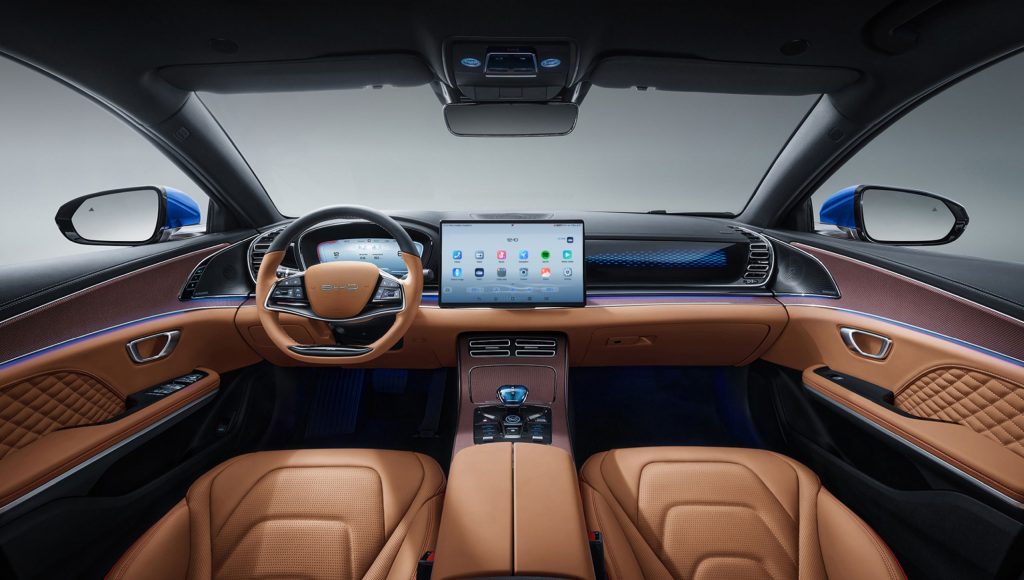 The one of the biggest reasons why you should buy a BYD Han is definitely the range. Its drag coefficient is 0.23 Cd, which gives this sleek sedan a range of up to 715 kilometers with a regular 85-kWh battery.
Apart from having a not so smooth infotainment system, the interior of the BYD Han is comparable to similiarly priced European/American cars. The center screen can be used in both vertical and horizontal modes. Thanks to the multi-tasking feature, your passenger could scroll through apps and still your navigation will work seamlessly. 19-inch alloy wheels are standard and isolation is also really effective. Road noise is acceptable. You will only hear the whinning sound from the high-performance electric motors whenever you floor the acceleration pedal.
Take a look at the 2022 BYD Han EV’s TV commercial video:
.

Is BYD Han Coming To United States or Europe?

BYD has no plans for US at the moment. But Han EV is officially on sale in Europe since the end of 2022. Chinese company entered United Kingdom, Germany, Denmark, Netherlands, and Sweden markets. Tang EV is already on sale in Norway.