Xpeng confirms that G9 is based on its new X-EEA 3.0 vehicle platform, which makes it an EU-ready vehicle. Chinese firm will most likely apply for an EU Whole Vehicle Type Approval for G9 in the coming months.

The world’s fastest-charging mass production vehicle Xpeng G9 is officially on sale today. It is also the first Chinese EV that features an 800V SiC (silicon carbide) inverter. Thanks to a highly efficient inverter, G9 will not only perform better but also charge faster than any EV out there. It can travel up to 124 miles (200 kilometers) with a 5-minute charge.

Xpeng G9 is not only fast at a charging pole. It is also fast on roads, 0-62 mph (0-100 km/h) in 3.9 seconds. Chinese company claims that G9 has the best driver-assist tech suite available to an EV. The large-size SUV is equipped with 5 LiDAR sensors, 12 ultrasonic radars, and 14 camera modules. Its self-driving unit is powered by NVIDIA’s two DRIVE Orin chips. XPILOT 4.0 is standard, but to obtain the semi-autonomous city driving feature called XNGP, customers will have to pay 28,000 yuan (~$4,000) more.

He Xiaopeng, the founder of the Xpeng, unveiled another of their products called Xpeng S4. It is the next generation DC charging station developed by the company that can reach a top charging speed of 480 kW. By the end of next year, Xpeng will install S4 ultra-fast chargers in 500 locations in China. When a G9 driver plugged his/her vehicle into an S4 charger, it will only take 15 minutes to get from 0 to 80 percent charge.

Xpeng G9 will go on sale in Europe next year 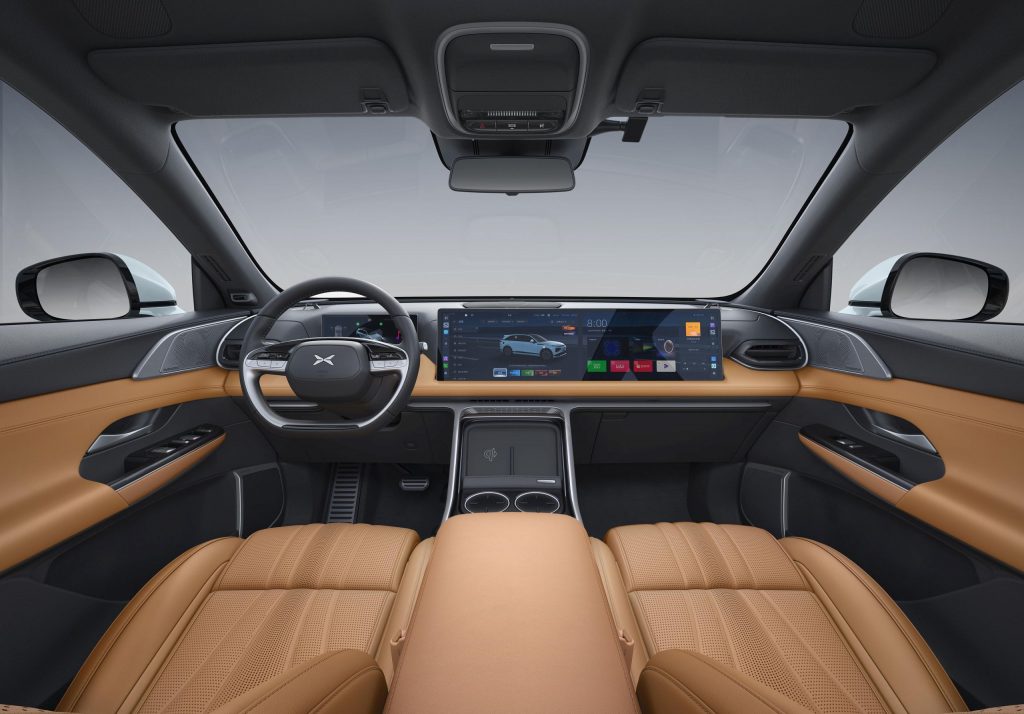 Xpeng confirms that G9 is based on its new X-EEA 3.0 vehicle platform, which makes it an EU-ready vehicle. Chinese firm will most likely apply for an EU Whole Vehicle Type Approval for G9 in the coming months. G9 deliveries will begin this October in China. The European expansion would start as early as the first half of next year.