When Will the TOGG C-SUV be Released? What Will the Price of the Togg be?

Speaking at the opening ceremony of Togg’s Gemlik Campus, President Erdogan made statements about when the Togg C-SUV model will be on the roads and its price.

Turkey’s Automobile Initiative Group (Togg), unveiled the first prototypes of the domestic car in January 2019. The factory, which started being built on July 18, 2020, was completed in a short time of 2 years and trial production started in July 2022.

As of October 29, 2022, Turkey’s domestic automobile factory was officially opened. At the opening ceremony of the factory, which is called “Togg Gemlik Campus”, President Erdogan officially gave a start for mass production by unloading the first Togg C-SUV vehicle from the production line.

The first smart device to come off the production line was the “Anatolian Red” vehicle. CEO Gürcan Karakaş and President Erdogan took the smart device off the line and drove it to the hall.

President Erdogan Announces When Togg Will be Released

Speaking at the opening ceremony of Togg’s Gemlik Campus, President Erdoğan announced that Turkey’s domestic car, Togg C-SUV, will be on the roads by the end of March 2023. Speaking about the price of Togg, the President stated that the prices will become clear in February. 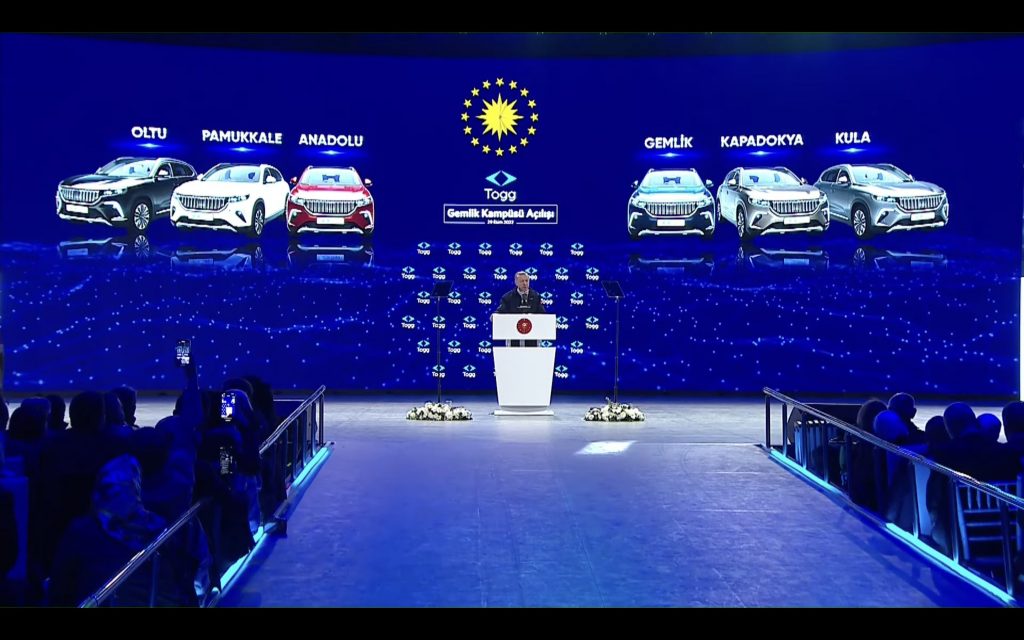 When the Gemlik Campus reaches full capacity, 175,000 vehicles will be produced annually. President Erdogan stated that the foundation of the lithium-ion battery factory of Siro Clean Energy Solutions, in which Togg is a partner with Farasis Energy, will be laid soon. The battery factory will be built on a land of 690 decares.

Pre-Orders Will Start in February 2023

President Erdogan announced that pre-orders for the Togg C-SUV will start to be taken as of February 2023. Togg Chairman of the Board Rifat Hisarcıklıoğlu presented the pre-order document prepared with blockchain technology to President Erdoğan, who placed the first pre-order.

In addition, Hisarcıklıoğlu announced that the first “Anatolian” red model and “Pamukkale” white model that were taken off the production line will be sent to be exhibited at the Presidential Complex.

It was also announced that smart devices will be delivered to buyers through physical and digital delivery in an “intermediate-free” manner.