What Are The Upcoming New Models Of TOGG?

Togg has announced that it will launch 5 models by 2030. CEO Karakaş stated that the C-Sedan model will be on the roads in the first half of 2025, and the C-X Coupé model in 2026.

Following the inauguration of the Togg Gemlik Campus, the mass production of the C-SUV model of the domestic smart device Togg will knuckle down. Four more models will follow the company’s first car in the coming years. 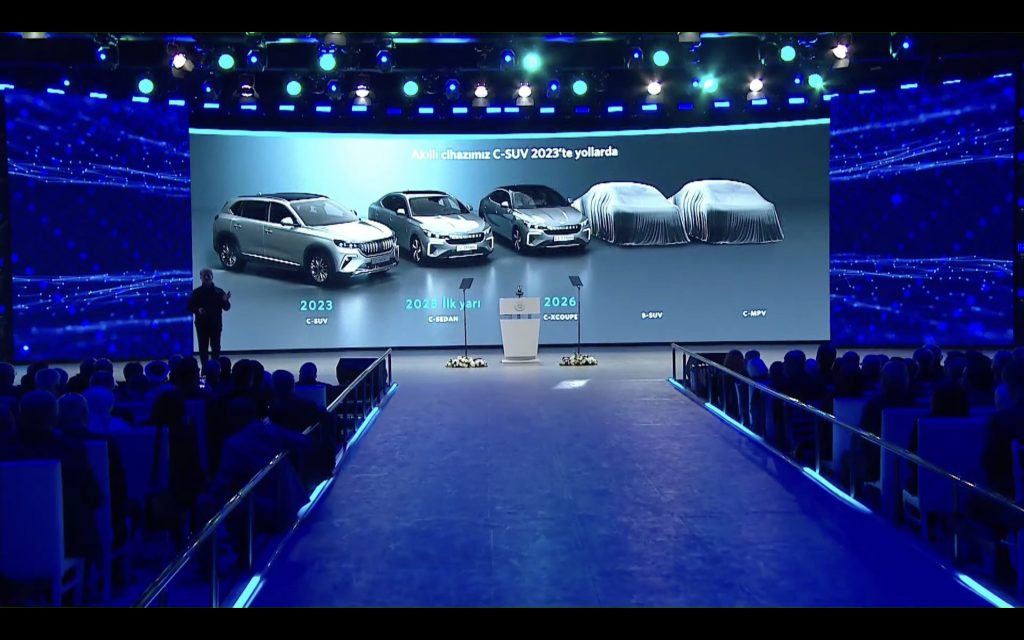 In his presentation at the opening ceremony, Togg CEO Gürcan Karakaş gave information about 5 different models that Togg aims to launch by 2030. CEO has announced that the C-Sedan and the C-X Coupé model will be launched in 2025 and 2026 respectively.

From Togg’s official social media accounts, “While the first smart device C-SUV will be settled down from the production line, it will be introduced to the C-Sedan and C-X Coupé, whose work continues in line with the plans.” has been shared.

The Togg C-Sedan, which has a different front grid design from the sedan concept launched in January 2022, will be released in the first half of 2025. There will be a gap of about two years between the C-SUV and the Sedan model. The sedan model will be followed by the C-X Coupé with a sports sedan identity in 2026.

CEO Gürcan Karakaş also announced that they have given up on the B-segment hatchback which he announced 3 years ago.