Volvo to invest €1.1 billion in the mega-casting technology

It is confirmed that Volvo will use its new mega-casting technique in its upcoming EV cars. Swedish automaker will invest €1.1 billion.

Volvo is committed to its objective to produce only electric cars by 2030, and these EVs will be manufactured with the new mega-casting technology. The Swedish carmaker will upgrade its Torslander factory near Gothenburg with a €1.1 billion investment to make it ready for the next decade.

The new technology will allow the company to mold a big part of the car with as many components built into the panel as possible, and this helps to reduce the complexity of the main assembly. It was also used in Tesla’s Model Y electric SUV. Elon Musk called it the Giga Press. This new process not only simplifies the production of the vehicle but also helps manufacturers ease the final assembly workload.

Volvo released a statement on February 8;

“With its next generation of pure electric cars, Volvo Cars aims to offer customers a longer range, quicker charging, lower costs, and reach new milestones in automotive safety and sustainability. To realize these ambitions, Volvo Cars will invest [€1.1 billion] in its Torslander manufacturing plant in Sweden in coming years in preparation for the production of that next generation of fully electric cars.”

The company is also planning to introduce new technologies for the production processes of its new cars as part of the investments in the Torslander plant. The mega casting of aluminum body parts, a new battery assembly plant, a newly designed paint shop, and final assembly shops will also be introduced. 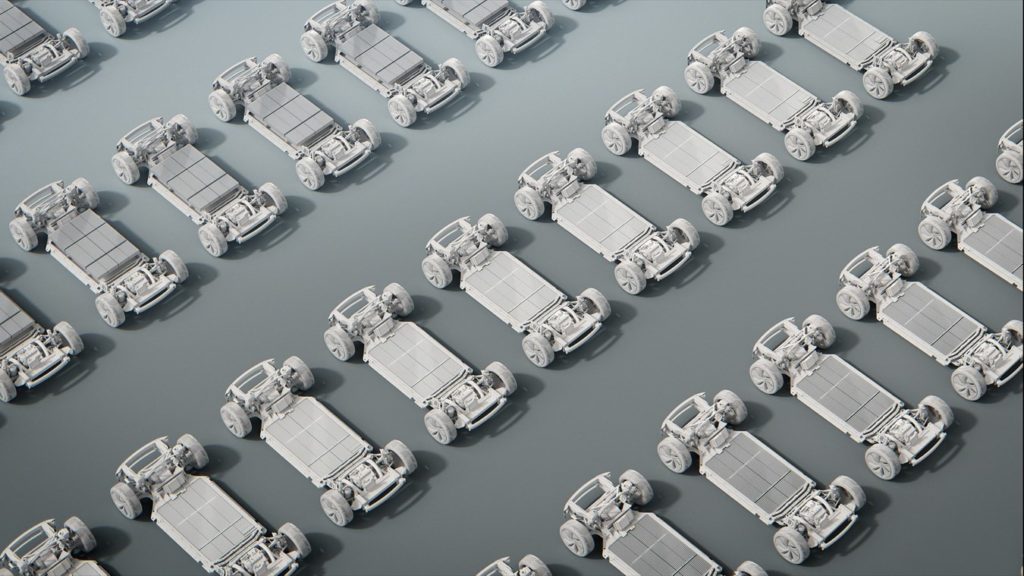 The most important one is the introduction of mega-casting of aluminum body parts because it offers many advantages in terms of sustainability, cost, and car performance during its lifetime, and Volvo Cars is one of the first carmakers to invest in this process.

For sustainability, it will allow the company to curtail its emissions. Dr. Mikael Fermér, Volvo’s lead engineer for the mega-casting project, said: “if we look at the CO2 emissions of producing a steel floor with a cast aluminum floor, it’s a major reduction. So that’s important also.”

Fermér then discussed the cost. “We say the cost for a cast aluminum floor and a steel floor is ballpark the same,” he said, “but you always have benefits. We have a weight reduction for instance, but also one thing that I think is important is the design flexibility that you get.”

Last year, Elon Musk started talking about high-pressure casting, and instantly it became popular among other car manufacturers. Recently, six Chinese automakers publicly confirmed that they intend to adopt the technology in the production of their cars. One of the six companies is Geely, which is the owner of Volvo.

The Volvo elaborated on the reason why they decide to adopt the casting technique:

“Casting major parts of the floor structure of the car as one single aluminum part reduces weight, which in turn improves the energy efficiency and thereby the electric range of the car. This also allows Volvo designers to optimally use the available space inside the cabin and luggage area, boosting the overall versatility of the car.”

The adoption of the high-pressure casting technology by many EV manufacturers shows that Tesla has a high impact on the automobile world, and Elon Musk is one of the most influential personalities of the current century.

The automobile industry would eventually embrace the high-pressure casting technology, but its adoption by Tesla has sped up the adoption process for the whole industry. Volvo is the most recent company that followed Tesla into this new technological transformation.