The ID. AERO was unveiled by the German carmaker. It is scheduled to go on sale in production from early in 2023.

Passat, one of the most popular models of the German automaker Volkswagen, also has very good sales figures worldwide. The sedan model, which has sold more than 30 million units worldwide and is available in nearly 100 markets, is now replaced by Volkswagen ID. Aero.

Volkswagen, which has ended the production and sales of the Passat sedan in Europe, plans to fill the place vacated by the Passat at the Emden factory with the electric crossover ID4 and the electric sedan Aero. 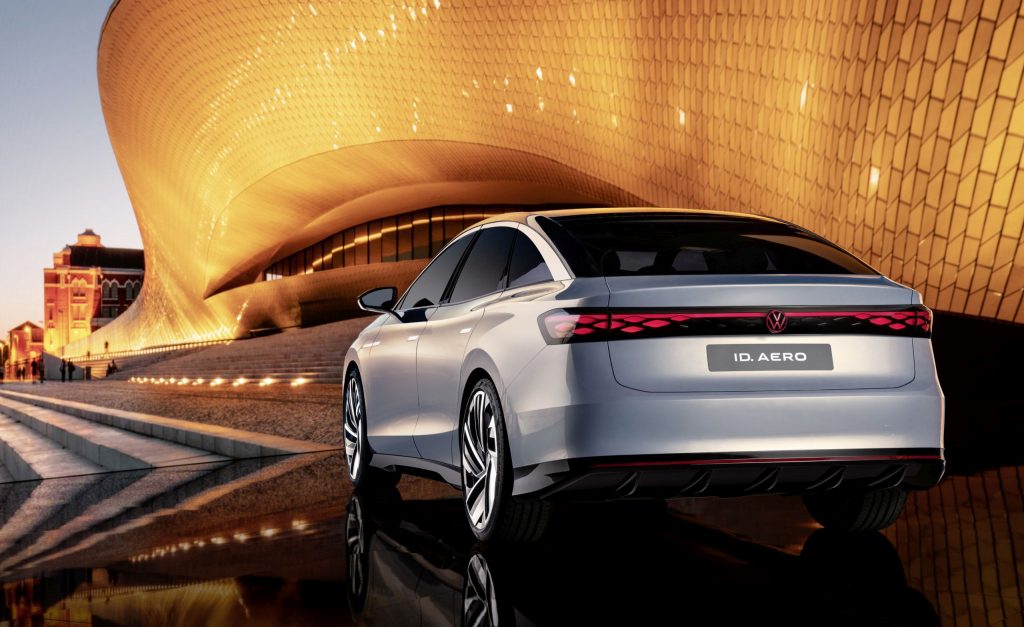 Volkswagen ID, whose drawings were shared recently. The Aero concept was officially introduced. The point in question was showcased as a preview of the electric sedan model. It will be released by the German manufacturer. It is close to production.

According to WLTP, not many details have been announced about the new car. It is also expected to provide a driving range of up to 385 miles/620 kilometers.

Volkswagen ID. Aero’s LED headlights, light strips extending to the logo, and honeycomb-patterned taillights are among the first striking details in its design standing out with its coupe-style silhouette.

When we look at the Aero from the side, besides the strong shoulder line, the glossy black roof and side mirror caps that harmonize with the pillars draw attention. But it is worth noting that the most striking point here is the door handles. Because Volkswagen preferred to use illuminated touch surfaces instead of ordinary door handles in the concept.

The production version of the ID. Aero will be sold first in China in the second  quarter of 2023. Subsequent cars will also come to the European and North American markets.