USPS plan to electrify its fleet with initial 5000 EVs

Almost a year ago, USPS declared that the new vans from Oshkosh would initiate the most important modernization of its fleets in thirty years.

The United States Postal Service (USPS) has announced its electrification plans on Sunday, February 6. The USPS will order 5,000 electric delivery vans as a starting point to electrify 70% of its fleet by 2030.

Postmaster General and USPS Chief Executive Officer Louis DeJoy declared that the Postal Service is willing to increase its electric vehicle orders, but further funding is necessary for the electrification effort of the service. The CEO intended to emphasize the financial hardship of the USPS to run an environment-friendly fleet.

DeJoy elaborated on the USPS’s current position in the delivery sector: “Moreover, comparisons of the Postal Service to private sector multi-national corporations that report yearly profits in the billions of dollars, and that are not required to go to 161 million delivery addresses in all climates and topographies six days per week, are not relevant in view of our perilous financial condition and universal service mission.” 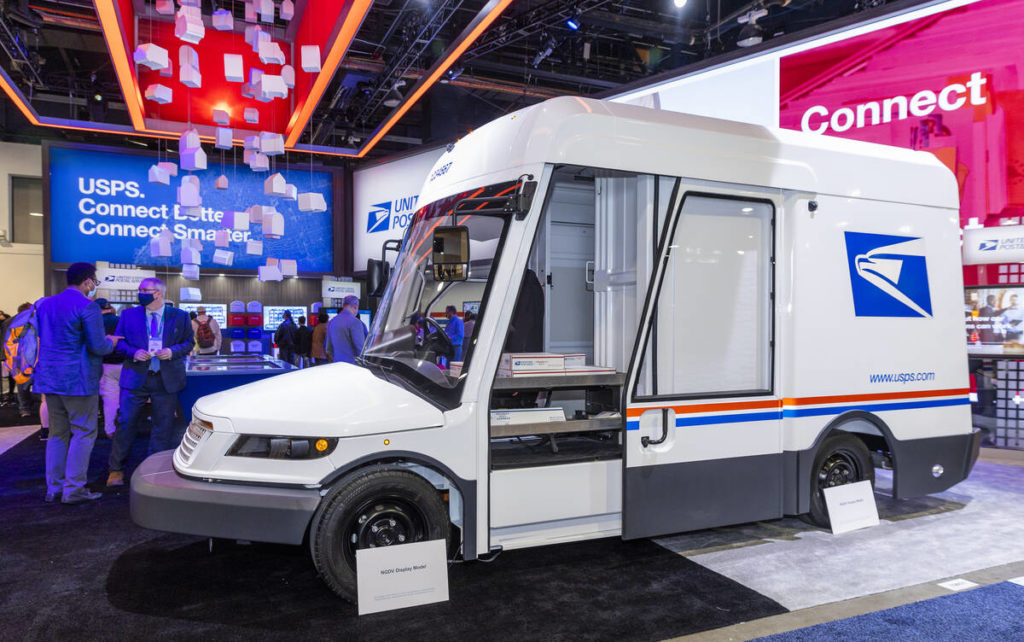 The Postal Service has announced on February 23, 2021, that a new generation of U.S.-built postal delivery vehicles will be manufactured as per the 10-year contract with Oshkosh Defence. Almost a year ago, USPS declared that the new vans from Oshkosh would initiate the most important modernization of its fleets in thirty years.

Under this contract, Oshkosh would conclude the production design of the USPS’s Next Generation Delivery Vehicle (NGDV) with an initial investment of $482 million. The company would also assemble up to 165,000 NGDVs for the Postal Service.

The NGDV’s design was displayed during CES 2022 last month and there will be four versions of new vans: two internal combustion engine types and two battery electric vehicle options, one of which will be two-wheel drive and one with four-wheel drive capability. The BEV version will have a range of 70 miles. The plan is to begin to send the new vans to U.S. destinations at the end of 2023. 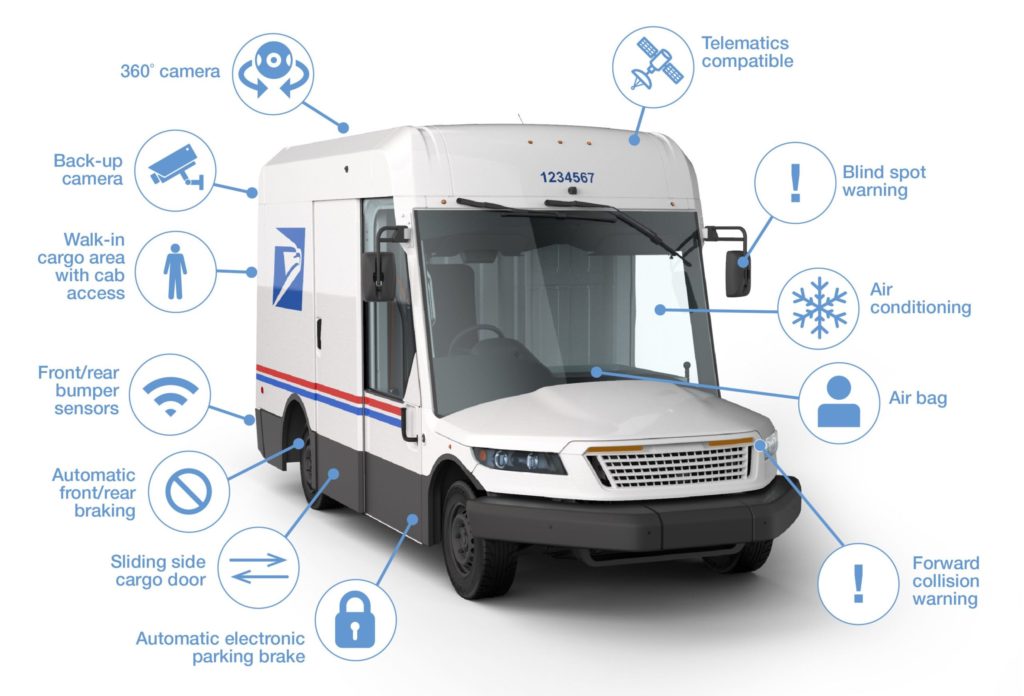 Members of the Biden administration sent letters to the USPS, advising it to reconsider its plan to buy gas-powered NGDVs. The Postal Service plans to buy a great number of ICE delivery vans and this plan will affect the government’s plan to make federal cars and trucks environmental-friendly because the fleet of the USPS constitutes a third of the government’s fleet.

The Postmaster General implied that if additional funding will not become available, the USPS will not be able to increase the electric vehicles in the fleet of USPS. “Absent such funding, we must make fiscally responsible decisions that result in the needed introduction of safer and environmentally cleaner vehicles for the men and women who deliver America’s mail.”

The Postal Service has worked closely with federal agencies to achieve its plan’s compliance with the National Environmental Policy Act (NEPA) which encourages federal agencies to consider the environmental impacts of their new plans. In the latest release, the USPS claims that its electrification plan fully met the requirements of the statute.