This BEV high rider is expected to commence mass production in Turkey by the end of the year and make its debut in early 2023.

It seems to be a forerunner with a production body and lights, and its proportions have shifted since the concept was revealed in 2019.

Significant differences show up to have been made in the vehicle’s rear, where the overhang is now significantly reduced. The rear glass is more vertical than in the concept. The design of the front and rear light clusters appears to have been significantly altered, with the profound impact of these providing exceptional the series vehicle appear less elegant and luxurious than the report.

The full-width rear light bar does add a pleasant mood to the appearance. But it is differently integrated here and it works with the wide flanks and the whole rear end design. It now has standard side mirrors rather than the concept’s cameras, and the door handles are also more sophisticated. The car will also have a large, imposing grille. But it appears that some air will pass through. There are four vertical slats that appear to let air pass through. 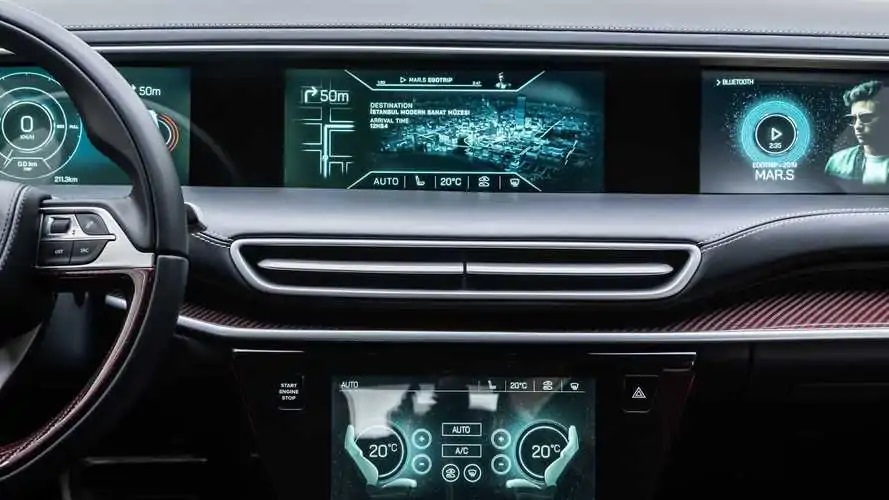 There Will Most Likely Be Two Battery Options Available

The base model will be rear-wheel drive and driven by a single 200 hp motor, but dual-motor all-wheel-drive versions with precisely double the output will also be available. The second faster version will reach 100 km/h (62 mph) in 4.8 seconds, whereas the single-motor variant will take 7.6 seconds.

There will most likely be two battery options available. The larger 90 kWh pack is expected to deliver 310 miles/500 km of range on the NEDC cycle. That should drop closer to 250 miles/400 km on the WLTP cycle and even more on the EPA test cycle. The vehicle is expected to begin production in the Gemlik district of Turkey near the end of 2022. Supposedly deliveries will begin in the first quarter of 2023.