Turkey’s first compact EV brand Amperino will hopefully start selling its first vehicle in 2025. This vehicle will use hub motors and eco-friendly materials.

The electric car Amperino was developed to be used for short distances in the city. According to local press, the Bursa-based startup, which was entitled to receive an incentive of 66 million Turkish liras (~$3.6 million) through Turkish government’s R&D support initiative, says that this amount could reach as high as 300 million liras (~$16.5 million).

The team that developed a fully electric three-person compact car, was incorporated in 2019 and took place in Turkey’s one of the largest technology development zone called Bilişim Vadisi in 2021. As of today, Amperino has made the final design of the domestic micro car and started to work on moldings to prepare initial production trials. The company stated that they are in cooperation with Turkish government-owned battery cell maker ASPİLSAN. Amperino’s Chairman of the Board Yakup Canseven said their goal is to exhibit their first electric car at the 2024 Geneva Motor Show and get the first production-ready vehicle off of the band in 2025.

There has been no sharing about the design of the vehicle that Amperino will launch just yet. As it can be understood from the concept designs, the company will enter the market with a small EV, which will be classified as L6/7 in Europe. Its dimensions will be similiar to compact EVs such as XEV YOYO and Citroen Ami.

Amperino will equip its car with an in-house developed hub motor. This motor is produced in such a way that it can be integrated into the wheels of the vehicle, minimizing the power loss from the engine to the wheel, and contributing to the range of the vehicle, thanks to its low weight. 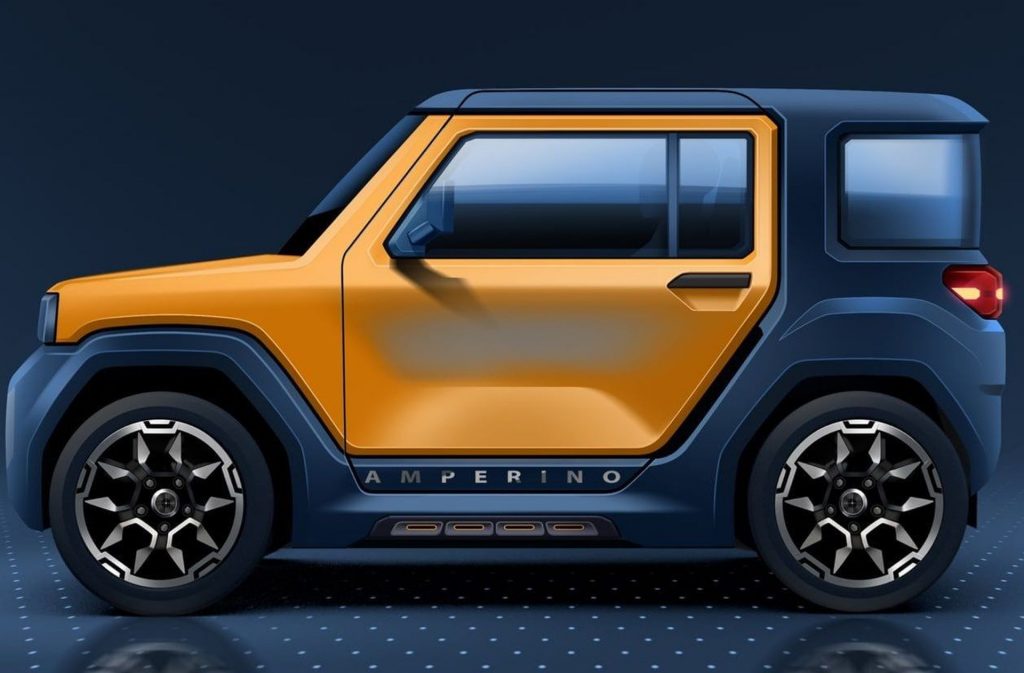 Eco-Friendly Components Will be Used in Production

Amperino executives confirmed that all the critical technologies, both hardware and software-wise, are belong to them. Bio Fiber, a linen-based material, will be used in the body part as well. By using eco-friendly materials, the vehicle can dissolve on its own when abandoned and mixed with the nature. It is also confirmed that the first Amperino will have a speed of 55 mph/90 kmh and a range of 93 miles/150 kilometers.