The original plan was to begin production in summer 2021; however, the coronavirus pandemic, supply chain disruptions, and environmental concerns have postponed the opening of the factory.

The first Gigafactory of Tesla in Europe, the fourth one overall, is officially opened today by the company’s CEO Elon Musk. The initial announcement of building a factory in Europe was made two and a half years ago. The Giga Berlin-Brandenburg has started officially running today in the German capital.

During the opening ceremony, Tesla has delivered the first 30 Model Ys to the customers. These Model Y compact SUVs are the performance configuration of the vehicle and have a range of 320 miles.

The German government has given Tesla provisional approval to start commercial production at the factory in early March. This has allowed Tesla to produce up to 500.000 EVs per year at the Giga Berlin-Brandenburg. The original plan was to begin production in summer 2021; however, the coronavirus pandemic, supply chain disruptions, and environmental concerns have postponed the opening of the factory. 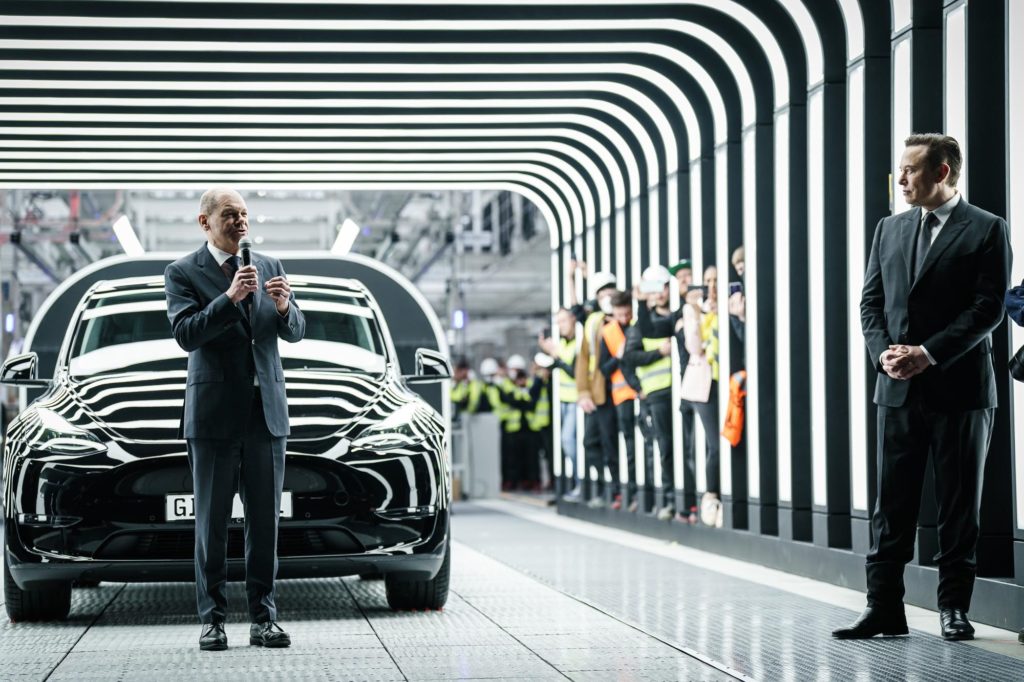 Although Tesla has aimed to produce up to 5,000 cars and 59 GWh of battery capacity annually at Giga Berlin, Musk has previously stated that increasing production will be a real challenge for the company. To achieve this objective, Tesla already hired over 3,000 workers and the number will go up to 12,000 eventually.

In the opening ceremony, German Chancellor Olaf Scholz made a speech that acknowledges the importance of Tesla’s investment in Germany.

“The opening of the Tesla factory with Elon Musk in Brandenburg is an important sign: Germany is a strong location for industrial investments. This is how we will succeed in becoming carbon neutral and leading the transformation. The future belongs to electromobility.”

The Giga Berlin-Brandenburg will be a crucial logistical hub for Tesla because the company currently imports vehicles to Europe from its other factories. The Berlin Gigafactory is the fourth factory after Nevada, New York, and Shanghai. The fifth one is currently underway in Texas, where Tesla will also have its headquarters.