The new facility will be situated in a Lathrop industrialized area close to another of the company’s enormous distribution and storehouse centers.

In a drive to increase employment as it speeds up battery production, Tesla has officially launched its Megafactory in California. With the addition of the new production plant, Tesla’s Energy division is anticipated to grow significantly. The company just deployed 2.1 GWh of battery-based energy storage systems, breaking its own quarterly record.

More than 10 GWh will be added every three months until the Lathrop facility is completed. That will represent a paradigm shift for the whole sector and might be of enormous assistance to utility companies searching for elevated and cost-effective battery solutions.

The Lathrop site is rather large since 40 GWh of Tesla Megapack systems are expected to be produced there annually based on the company’s 2021 announcement. About 3 MWh, together with all required power electronics, may fit within one Megapack container. Tesla should be capable of producing well over 13,000 Megapacks annually at a capacity of 40 GWh. In comparison to its 2021 production, that represents a significant rise.

Tesla will benefit from using massive BESS, such as the Megapack, large volume serial production, and the lithium iron phosphate (LFP) battery chemistry. Additionally, Tesla has disclosed plans to use LFP cells in its Model 3/Model Y entry-level automobiles and energy storage systems.

Currently, BESS only contributes a small percentage of Tesla’s overall income, and its margins are substantially lower than those of its automobiles. Because the firm is rapidly growing its EV business, it is predicted that BESS share will keep around 10% for the coming years. 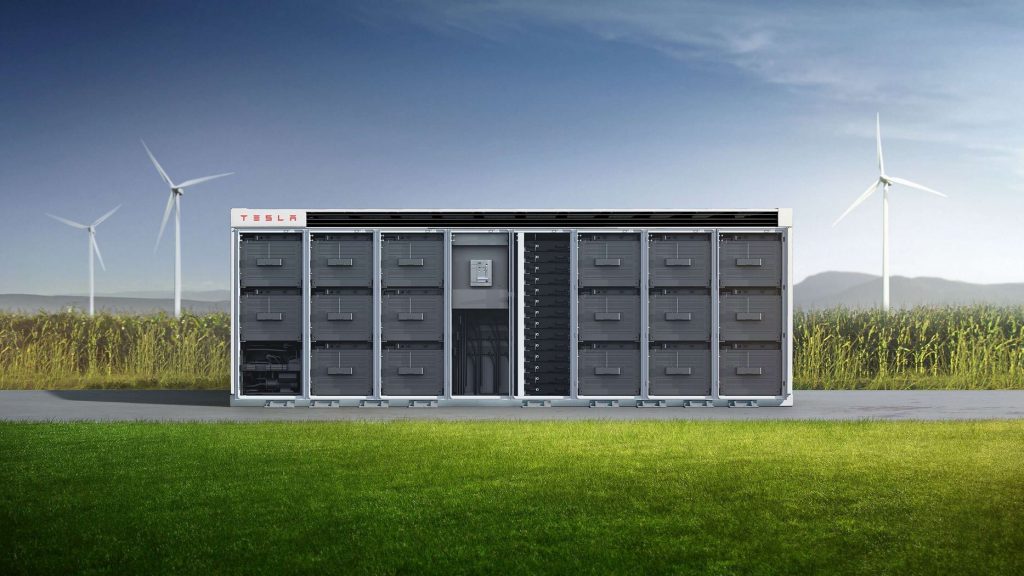 Related Article: Where Are Tesla Cars Made? Which Tesla Factory Produces Which Models?

How the BESS System Works

A BESS is a hybrid system that combines both low- and high-level software with hardware components. The key components of BESS include:

If necessary, the battery’s electrical and chemical energy may be discharged and provided to electric cars.