Stellantis, the world’s fourth-largest automaker, plans to build a battery plant in the US. The announcement is made on Wednesday that the company will invest $4.1 billion in a new battery factory in Canada together with South Korea’s LG Energy Solution, formerly known as LG Chem.

Stellantis, the parent company of Dodge, Jeep, and Chrysler, created a joint venture with LG last year and the venture will build two planned battery factories. The first will be in Windsor, Ontario. The battery facility in Canada is expected to begin building later this year and will be launched in the first quarter of 2024.  The factory is expected to have an annual production capacity of more than 45-gigawatt hours and will create an estimated 2,500 new jobs.

The officials announced at the event on Wednesday that the second factory will be constructed in the US. Stellantis has also released that another venture with Samsung SDI will build a battery plant in North America.

A second battery factory by Stellantis somewhere in the US 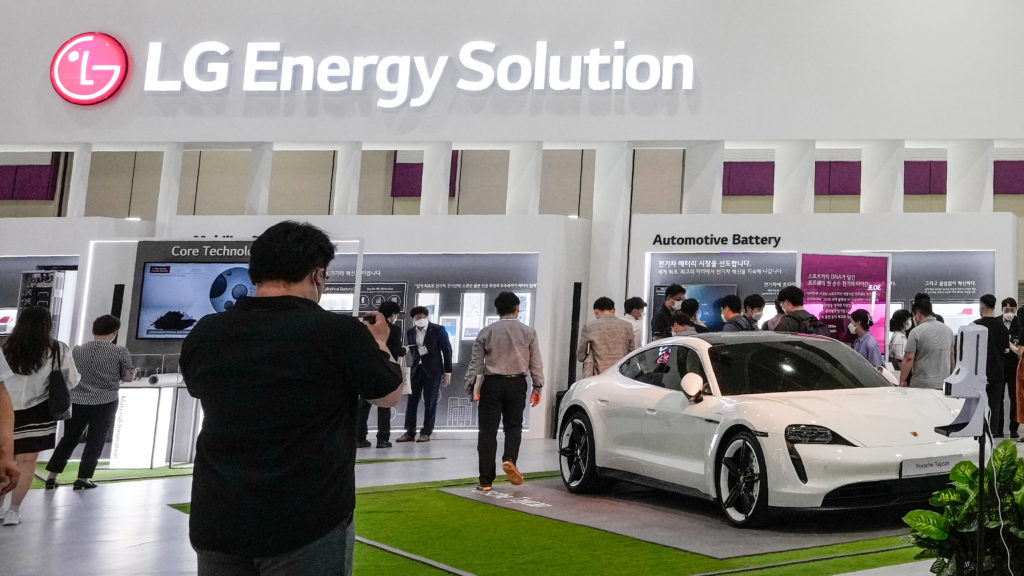 Stellantis has stated that it targets to sell 5 million electric vehicles by 2030. The company has announced a detailed electrification plan in 2021 to produce EV versions of its existing cars, including Dodge Ram 1500 and multiple Jeep models.  The fourth-largest automaker has also shown the plans Chrysler Airflow concept.

While the auto industry is getting electrified day by day, battery producing capacity is also growing. Almost every major automaker globally has announced battery factory plans, including allocating billions to the production of batteries which are the most critical component for their vehicles.

Ford Company has three new battery plants that will have 129 GWh capacity per year whereas General Motors with LG Energy Solutions plans to build four new battery factories with a total annual capacity of 140GWh. Volkswagen is also aiming to have six battery cell production plants operating in Europe by 2030 for a total of 240GWh a year.

Stellantis have an objective of having a capacity of 45 gigawatt-hours (GWh) per year with the new Windsor factory while the latest battery plant plans in the US will contribute to the company’s battery production capacity.