Edison Motors has officially acquired the financially troubled Ssangyong. Mahindra&Mahindra, the leading stakeholder of Korean SUV manufacturer, decided to sell %75 of its stake in June 2020, and Ssangyong has applied for bankruptcy in December 2020.

South Korean car manufacturer Ssangyong sold for $255 million to a local consortium led by EV maker Edison Motors. The firm will focus on electric vehicles from now on.

Edison Motors has officially acquired the financially troubled Ssangyong. Mahindra&Mahindra, the leading stakeholder of Korean SUV manufacturer, decided to sell %75 of its stake in June 2020, and Ssangyong has applied for bankruptcy in December 2020.

After the Korean bankruptcy court’s approval, a consortium led by Edison Motors will pay about $255 million for the %95 of the Ssangyong. Edison Motors, a leading EV firm in Korea, plans to introduce 20 new electric cars until 2025 and 10 more until 2030 to the global automobile market.

Edison Motors is currently manufacturing only commercial electric vehicles and it is predicted that the company will invest about $850 million in the electrification of Ssangyong. Also, it is reported that the transformation plan by Edison will be detailed by March 1. The firm has plans to enter into the passenger EV market and to challenge Tesla with two high-powered EVs known as Smart S and Smart X.

Ssangyong has been trying to overcome its economic problems for many years. The Korean SUV manufacturer company was about to go bankrupt in 2011 but Mahindra & Mahindra had saved the Ssangyong with its major investments. However, global sales did not meet the expectations and M&M has called off all future investments in April 2020, two months before the decision of selling its shares.

Ssangyong Korando e-Motion EV will be on sale 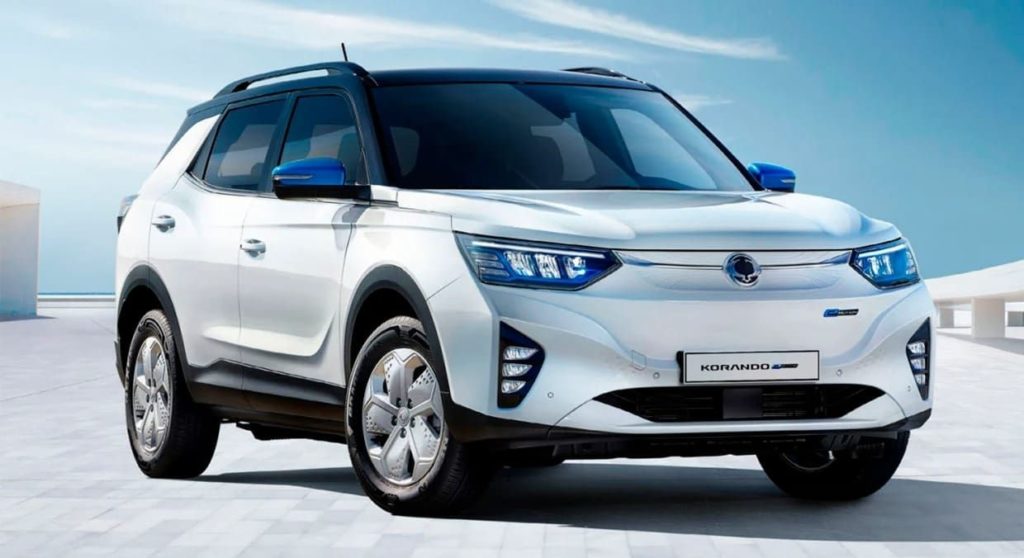 Despite its debts, Ssangyong has begun the production of its first electric vehicle, Ssangyong Korando e-Motion last year. After handling the financial and organizational problems of the firm, this model will be introduced to European customers. Although the export of this EV to Europe has started months ago, the official launch was postponed due to the troubles in cash flow.

The EV Korando e-Motion has a 61.5-kWh LG Chem battery, 190 horsepower, and 360 Nm of torque. This electric SUV, which can be driven 339 km on a single charge, has a price tag of €36,000 in Spain. The first deliveries will be completed in the next months.

It is reported that Ssangyong will launch a new model in 2022, as well. The firm is also currently developing another EV, a big SUV codenamed as J100. The official launch date is still unclear due to its bankruptcy process and its acquisition, however, Edison Motors guaranteed that the acquisition process will be smooth and maximum efforts will be made in order to deliver the maximum number of electric car deliveries to the customers as soon as possible.