Sony officially announced that it has plans to enter electric vehicle market in the near future. Japanese firm also debuted VISION-S 02 concept SUV.

Sony is officially entering the electric vehicle business! During a press event at CES 2022 (Consumer Electronics Show), Sony confirmed that it will launch a new company called ‘Sony Mobility Inc.‘ this spring, through which it intends to develop smart car systems such as autonomous driving, sensor technologies, etc, and produce electric vehicles.

The Japanese tech giant also unveiled its new EV concept: Sony VISION-S 02. The new concept is an electric SUV, equipped with Sony’s latest sensor tech and an advanced autonomous driving system that allows some level of autonomy. That is not the first time that Sony has debuted a concept car. Sony showed its first VISION-S concept two years ago in the form of a beautifully designed electric sedan. CES visitors can find these two concept EVs at the Sony booth.

VISION-S 02 is a dual-motor all-wheel-drive SUV, can produce a whopping 544 horsepower. The max speed is capped at 180 km/h, though. In-car entertainment is the main focus of this concept. As a result, Sony generously stuffed seven displays into the car. The electric SUV has three touch displays positioned beneath the steering wheel, one for the gauge cluster, and the other two for the infotainment system. Even the passengers sitting at the rear have their own touchscreens for consuming more Sony content.

What is the Sony VISION-S 02 launch date? 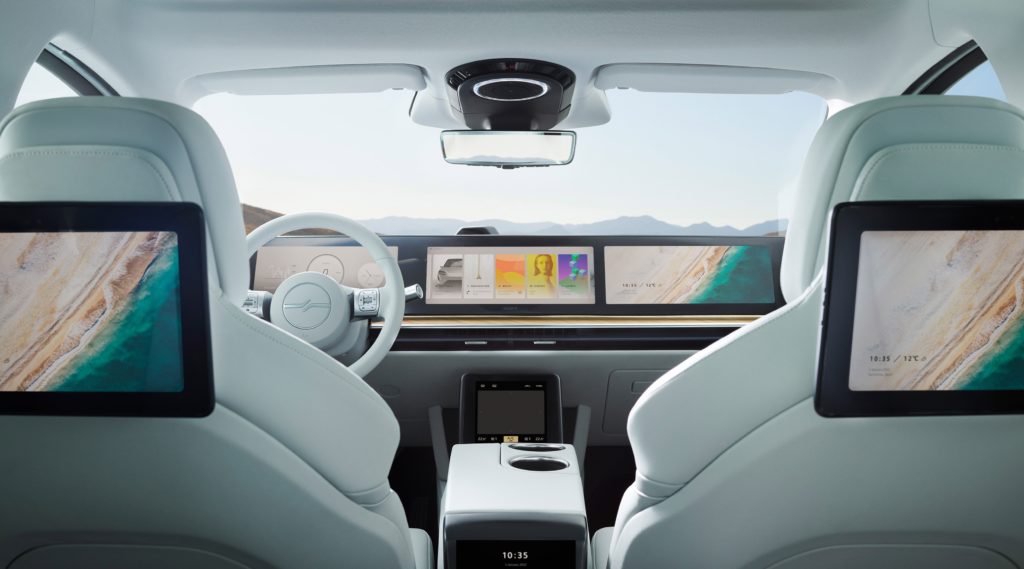 Sony is seriously considering its much-anticipated entry into the EV market. The VISION-S 02 concept will be one of the first Sony cars launched by the Japanese firm. It is expected to be launched sometime in 2023 after Sony Mobility Inc. is established.

Ever since the VISION-S 01 (the original Sony concept car) debuted at CES 2020, Sony denied its entry into the EV market multiple times. But today is the day for the Japanese company to admit its plans for the mobility sector. There is no 100% certainty that Sony will produce EVs. But it is a powerful sign that Sony is getting serious about the EV business. If Sony decides to go through with this plan, autonomy, and in-car entertainment will be two of its main selling points.

Here is a concept video released by Sony for its new vehicle VISION-S 02: