Polestar To Debut First Electric SUV In Last Quarter Of 2022

The Polestar 3 SUV arrives in October 2022

Polestar was founded in 2017 as a new, independent Swedish luxury EV manufacturer. Polestar, which was founded by Volvo Car AB (together with its subsidiaries, “Volvo Cars”) and Zhejiang Geely Holding Group Co., Ltd (“Geely”), advantages from special technical and industrial efficiencies with Volvo Cars, as well as considerable efficiencies.

Production In US and China

The company has revealed the first official overt images of the Polestar 3, a dual-motor lithium-ion SUV which will go into production next fall both in the United States and China. Buyers can expect to receive their first autos early next year.

The cars will be manufactured at Volvo’s facility near Charleston, South Carolina, making it the first electric vehicle built in the United States by either Polestar or Volvo. The Volvo XC90 is now produced at that facility. When the next generation of that model goes into production in a year or so. It will be available in a battery-electric version. 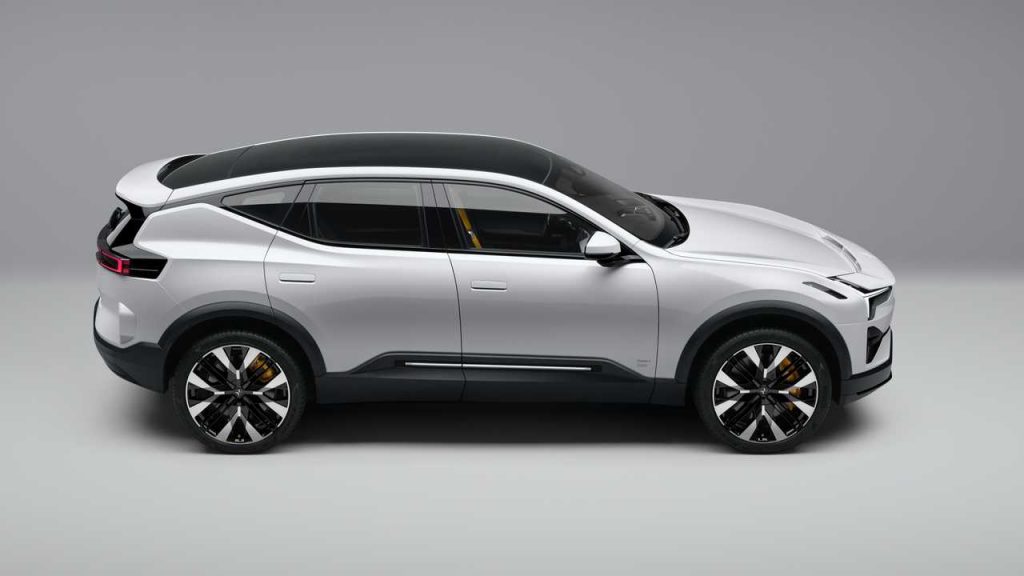 According to the WLTP standard, the new electric SUV will have a range of 373 miles/600 kilometers. As of yet, there are no EPA range numbers available but estimate it to be 10% to 15% lower than the WLTP figure. There are no pricing details available at this time.

The Polestar 3 will be constructed utilizing the company’s latest Scalable Product Architecture, which will integrate “automated highway piloting driven by Luminar’s best-in-class LIDAR sensor and centralized NVIDIA computing capability,” resulting in a largely autonomous driving system on some limited-access highways.

Compact SUV And  Sports Sedan  Models In Near Future

In 2023, the Polestar 4 compact SUV will be introduced, followed by the Polestar 5 sports sedan in 2024. The sports sedan is a production model of Jo Borras’ Precept Concept, which was revealed last year. It’s also considering developing an electric roadster code-named 02. It intends to sell more automobiles in more than 30 nations around the world than Porsche.

The corporation could be broken off as a distinct entity later this year. It will be through a reverse merger with a special purpose acquisition company. On this occasion, it will become a publicly-traded company. When the Polestar 3 is formally unveiled at a launch ceremony in October, Polestar will begin taking orders.