Polestar makes its first financial investment in StoreDot which promises 100 miles range in under 5 mins with its extreme fast-charging batteries.

One of the biggest challenges of the EV industry is to provide longer ranges with a single charge. That’s why companies try to develop batteries that can be charged as fast as possible.

Polestar has officially announced that it will make its first financial investment in Israeli battery technology innovator, StoreDot.

StoreDot is the pioneer in manufacturing extreme fast charging (XFC) batteries that will overcome the range and charging anxiety of the EV industry. StoreDot’s strategic investors and partners include Daimler, BP, VinFast, Volvo, Ola Electric, Samsung, TDK, and the manufacturing partner EVE Energy.

The company has revolutionized the conventional Li-ion battery and has been using two different techniques to produce XFC batteries.

The first technique of StoreDot is to replace the conventional graphite in the battery’s anode with silicon nanoparticles, synthesized together with proprietary small-molecule organic compounds. The Israeli company says that this mix overcomes the inherent challenges of the silicon such as its expansion during the charging cycles and the subsequent energy loss.

Secondly, the battery manufacturer company developed a hybrid-solid electrolyte, which creates a low-resistance flow of ions between the battery’s electrodes, increasing energy density. 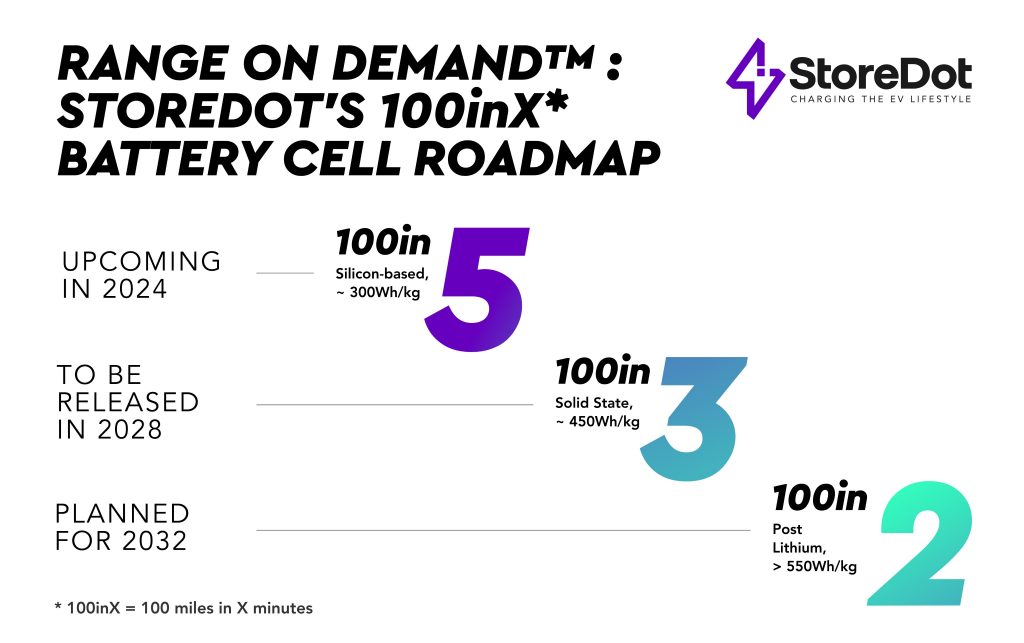 Through its ‘100inX’ product roadmap, StoreDot is confident that its batteries will deliver 160 km/100 miles of charge in five minutes by 2024, three minutes by 2028, and just two minutes by 2032. In other words, this will be the same time it takes to refuel a conventional combustion engine car.

With this partnership, StoreDot will adapt and apply its technology to the prototypes of Polestar’s EVs. If this pilot program becomes successful, the company will put its fast-charging batteries into Polestars by 2026.

StoreDot CEO, Dr. Doron Myersdorf, adds, “We are extremely excited to be entering into an agreement with Polestar, both as an investor and collaborator. Like us, Polestar is an extremely ambitious, innovative brand and is already proving to be pivotal in the mass adoption of electric vehicles, helping us move to a cleaner, zero-emissions world. We are looking forward to working together and we know that our technologies have huge potential to eradicate charging and range anxieties for future Polestar owners.”