Northvolt becomes the first European start-up to start its production of lithium-ion battery cells. The company officially announced the assembly of the first prismatic cell at its Northvolt Ett ‘gigafactory’ in northern Sweden. The cell is also the first to have been fully designed, developed, and also produced at a European facility. Northvolt assembled the first cell on Tuesday night, just before the year ends. 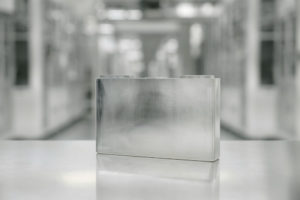 Swedish battery start-up is backed by big European companies such as Volkswagen, Volvo, and Ikea. The company has already huge orders to be fulfilled worth $30 billion, most of which comes from automakers. Volkswagen solely ordered $14bn worth of battery cells from Northvolt. These cells will be used in VW EVs such as Volkswagen ID.4, etc.

Northvolt will start deliveries of its battery cells sometime next year. Swedish company’s first gigafactory will eventually reach an annual capacity of 60 GWh. The Nordic company will also build two more gigafactories in Europe. Northvolt aims to have 150 GWh  of annual supply capacity by 2030.

Volvo is also working with Northvolt to build its own battery gigafactory. Northvolt is in the spotlight in Europe, and the reports regarding the successful launch of the battery cell production will increase European companies’ interest in the promising Swedish start-up.

Who is behind Northvolt?

Northvolt was founded by two former Tesla employees Peter Carlsson and Paolo Cerruti in 2015. After financial backing from European Investment Bank, and some other investors including commercial banks, potential European customers, Northvolts officially started construction of its first battery cell gigafactory in Skellefteå, northern Sweden in 2020.

Northvolt’s biggest shareholder is the German automaker Volkswagen with approximately 20% share. Northvolt and Volkswagen are also working together to build a cell production facility in Saltzburg, Germany by 2024.

How much is Northvolt worth?

Northvolt was valued at $12 billion when its last round of investment was completed in June 2021. Sweden-based battery cell-maker is considering an IPO in the near future. Another European battery start-up, Freyr Battery completed its initial offering and listed in New York Stock Exchange via merging with a SPAC earlier in 2021.