Lunaz, whose investors include David Beckham, claims that the result is achieved by rebuilding old Mercedes-Benz Econic garbage trucks as EVs. It is also the world’s first electric recycling truck that has been upcycled.

Lunaz Applied Technologies, together with Lunaz Powertrain and Lunaz Design, is a division of the Lunaz Group. The latter continues the endeavors that initially piqued sector interest some stunning electric conversions of classic Jaguar, Bentley, and Rolls-Royce models. The company takes obsolescent vehicles that are no longer in running condition and are “under threat” of being lost completely.

Lunaz has been doing with commercial trucks is highly probable to be far less contentious while that may elicit strong reactions from car collectors and those who want to preserve classics in their original form. 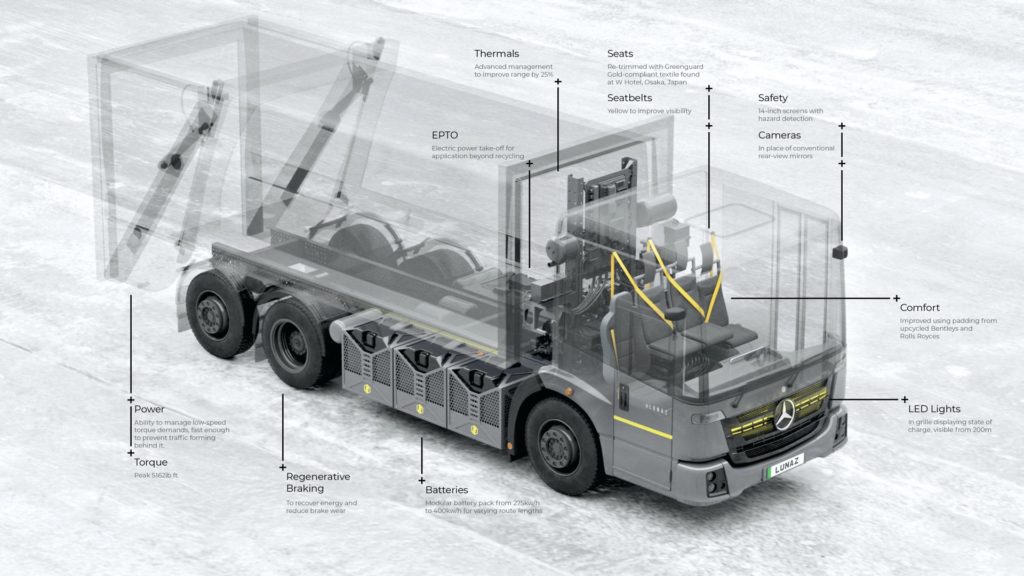 According to Lunaz, it is modular but still brand agnostic. It will mix and match existing components to develop the best solution for each truck. It claims that its transformed trash trucks are “significantly cheaper” than buying a brand new electric truck. They save 80 percent of the embedded carbon (related to manufacturing) by choosing this type of truck over a new electric truck. Supposing they have roughly equivalent efficiency, this could result in a substantially lower environmental impact over the life of the vehicle.

For varying route lengths, the upcycled electric garbage trucks use modular battery packs ranging from 275 kWh to 400 kWh. Peak torque is 5,162 lb-ft/6,99 n-m, and perhaps in the tradition of Rolls-Royce, Lunaz does not release a horsepower figure, instead stating that it is “fast enough of it to block traffic forming behind it.

Indoor specifications, the highly developed trash truck will have a 12 inch/30 cm tool screen as well as two 10 inch/25 cm display screens. One for camera display devices and the other for Apple CarPlay and Android Auto integration. There’s also a wireless charging tray. And Lunaz claims to have used similar materials from its upcycled Bentleys in the UEV interior. 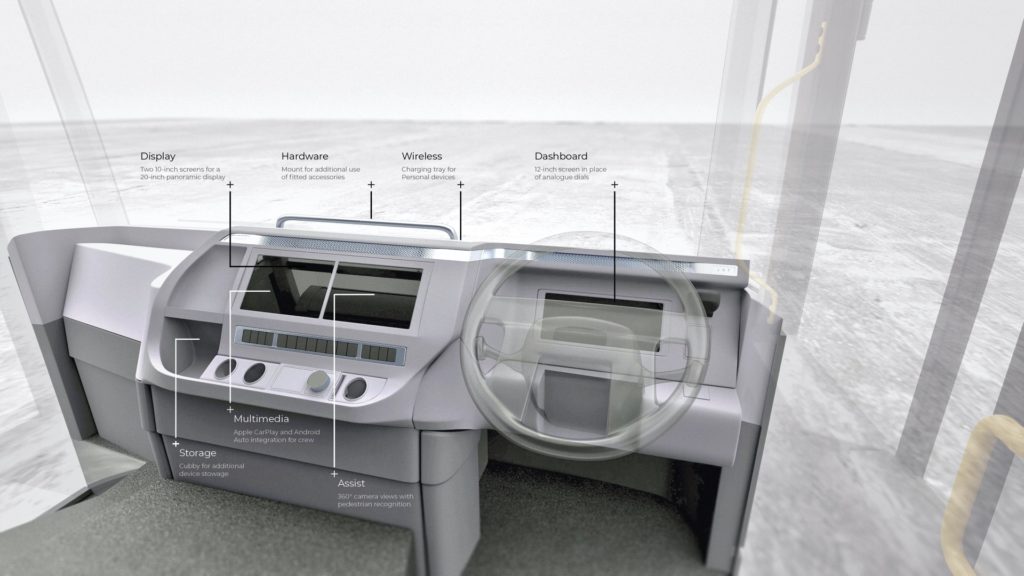 This type of commercial electric truck has already been done previously, though perhaps not in a relatively similar way. Lightning eMotors in Colorado begins with used commercial trucks, vans, and motor coaches. Additionally converts them to all-electric vehicles.

The Mini Recharged program, in which Mini itself oversees the conversion of classic Mini Coopers to electric drive, comes the closest. So far, that program is only available in the United Kingdom.

Lunaz claims its trucks are under warranty as new. The level of detail here may well be the difference as it scales up for its home market of the United Kingdom and possibly beyond.