Dutch solar car startup Lightyear officially announced that its first car became the most aerodynamic vehicle in the world. Prior to their successful startup, Lightyear’s co-founders were part of a university team that participates in the solar vehicle competition World Solar Challenge. As of today, these students created one of the most efficient vehicles out there. Lightyear 0 will soon enter production with its new title: “The World’s Most Aerodynamic Vehicle”.

Lightyear conducted some tests in Germany according to the WLTP standard and officially calculated its solar EV’s drag coefficient as 0.175 cd. Before this, GM EV1 was the most aerodynamic vehicle since 1996. Lightyear dethrones GM’s first EV with its tremendous design. The company also claims that Lightyear 0 can travel more than 1,000 kilometers when used for the daily commute, thanks to the extremely low drag coefficient.

Lightyear 0 has only a 60-kWh battery pack, which is enough to get a WLTP range estimate of 625 kilometers. There are more than 1,000 solar cells placed on Lightyear’s exterior body. These cells help the vehicle generate enough energy to travel up to 70 kilometers on a sunny day. Its energy consumption figures are also too low. It only requires 8.3 kWh per 100 km/62 miles. 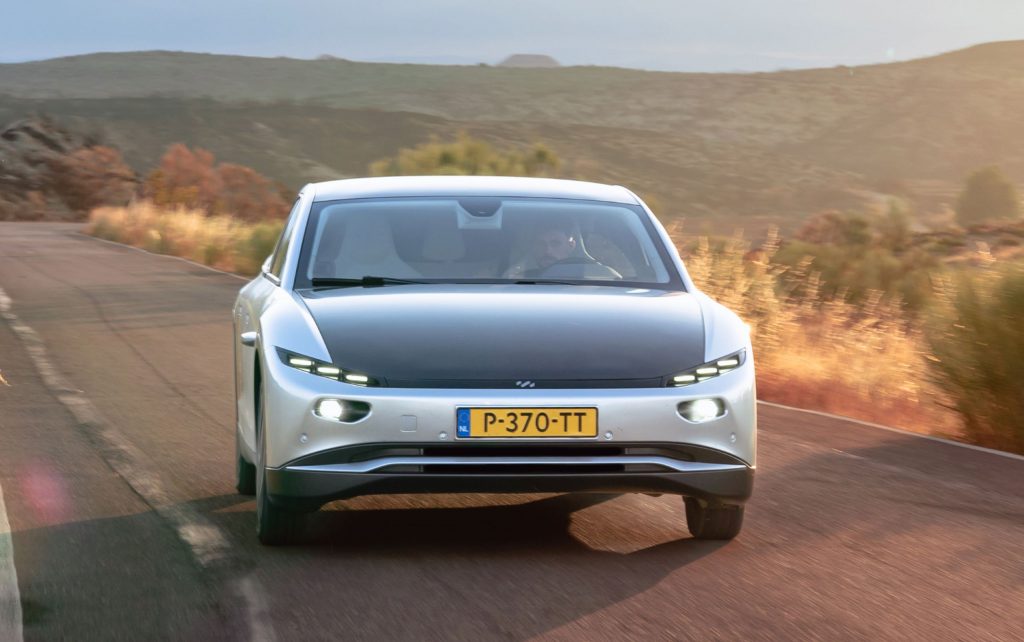 Only 946 Lightyear 0’s are to be made when this sleek EV hits production next month in Finland. It is described as ‘the classic car of the future’. Limited stock leads to a much higher price tag. Dutch company asks for €250,000 to purchase the world’s most aerodynamic vehicle. But the cheaper version is in the works.

There are no official details regarding the affordable Lightyear 2. But we know that it will be one of the most aerodynamic vehicles on the market. Lightyear’s latest investment worth €81 million is also to be spent on this project. Finnish Valmet Automotive will probably once again provide manufacturing services for the company.