That could be a core component of the $7.4 billion investment in the company’s US operations.

Hyundai Motor has validated its intention to construct a new assembly plant but has declined to provide specifics about its location. “We are excited to announce a new EV plant plan in the United States soon, but we do not have details to share at this time,” Hyundai told in the statement.

According to Reuters, the new Georgia factory will produce both the Hyundai Ioniq 7 and the Kia EV9 — 7-passenger battery-electric SUVs specifically designed for American drivers. Each is essentially a battery-powered variant of the Hyundai Telluride and Kia Palisade, the company’s largest vehicles. The ultimate official statement is likely to come later in the month, once President Biden travels to South Korea.

Hyundai announced recently a $300 million investment to transform its Alabama production plant to produce the battery-electric Genesis GV 70 and a hybrid Santa Fe. The GV 70 will indeed be Hyundai’s first electric vehicle produced in the United States. Kia has stated that it will have 14 electric vehicles by 2027. Hyundai has stated that it will launch 17 vehicles by 2030, including six for its luxury Genesis brand. 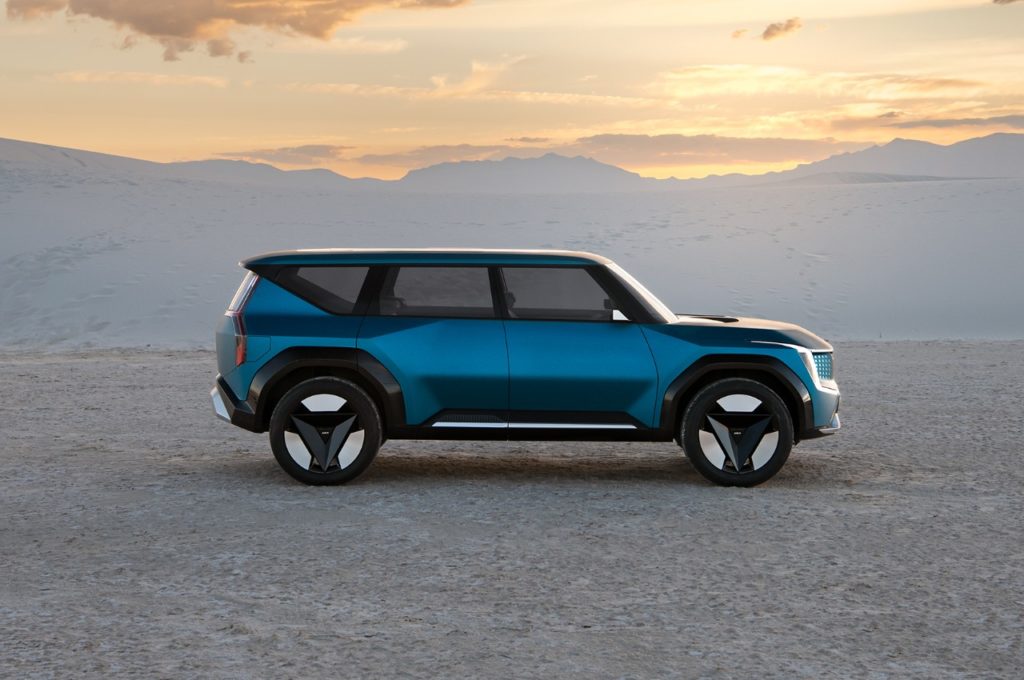 SK Innovation, a battery supplier to Hyundai and Kia, already operates two battery factories in Georgia. One of them manufactures batteries for Volkswagen and began production earlier this year. Another one will provide batteries to Ford, which is constructing a new EV manufacturing facility in Tennessee. According to Reuters, the Ioniq 7’s battery will be supplied by SK On, a division of SK Innovation.

The AJC says, “The incentive package that state officials would offer to land the Hyundai Motor expansion is not immediately clear, but it could rival the record-breaking $1.5 billion bounties of perks negotiated for Rivian, which includes free land, grants, tax credits, a workforce training center, and infrastructure improvements.”

Georgia is planning to commit public resources to two major automotive manufacturers — Rivian and Hyundai/Kia — in the hopes of creating thousands of manufacturing jobs, and transforming rural areas of the state.

The arrangement with Georgia and Hyundai Motor is still in the works. Governor Kemp is now being called into question by the ex-senator David Perdue. According to former House Speaker Tip O’Neill, “all politics is local.” Rural voters who want to keep their way of life may have the final say on whether a new Hyundai and Kia factory is built.