Honda formally unveiled its innovative system of interchangeable battery charging and exchange stations. It is called as Honda Power Pack Exchanger. Honda Mobile Power Packs, which the company already debuted in 2021, are intended to be used with it. The Tokyo Metropolitan Government will make use of the first such HPPEe in an effort to disseminate electric motorbikes throughout the city.

Gachaco, the new battery exchanging company that Honda, Yamaha, Kawasaki, and Suzuki merged to establish back in March 2022, has also received the HPPEe.

The HPPEe: the station will be accessible to users via a chip card, which they use for contactless communication. They may then take a fully charged battery out of one slot.

To make it easier and faster for customers, so every battery slot features an angled design. Furthermore, Honda claims that used batteries plugged into its charging points would start charging autonomously without further action from the customer. 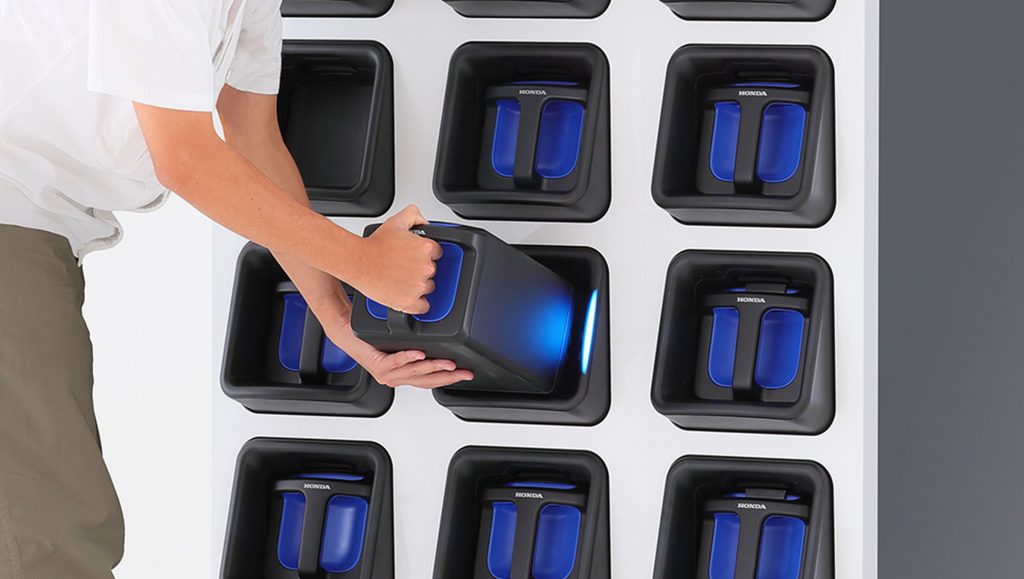 According to Honda, all crucial operations will be managed by the Honda Power Pack Cloud. This platform will control essential elements such as the battery’s positioning, charging activity, user identification, and billing. In addition, the HPPEe: stations have battery cooling mechanisms to assist prevent extreme harm.

Honda’s website currently only has a list of power connections that are set up to match Indian and Japanese requirements. Although Honda would roll out stations similar to these in additional markets, the firm has not disclosed any intentions.