Today, Honda unveiled the exterior and interior design of the brand-new Honda Prologue battery-electric SUV, which will be on sale in North America in 2024.

Honda has lagged behind its Japanese counterparts in the auto sector when it concerns all-electric cars. The carmaker overemphasized hybrids and hydrogen fuel cells, which left North America with almost no all-electric vehicles to choose from.

Honda hasn’t produced an all-electric vehicle in the US since Clarity Electric’s manufacturing was halted in 2019. Honda has been touting the Prologue, an EV it co-developed with GM, for years.

The Prologue, well-posed above the CR-V and next to the Passport. It offers plenty of passenger and luggage capacity, will, according to Honda, complement its array of light trucks.

The Honda speaks frequently about its appearance, which it calls “Neo-Rugged” with a clear and uncomplicated surface.

Highlights include the huge 21-inch wheels, the panoramic roof, the sleek horizontal taillights joined by a trim piece incorporating Honda branding in a stylized style, and the front fascia which draws inspiration from the unique design of the Honda e-urban EV.

The Honda Prologue will have a competent and stable exterior attributable to all of these. 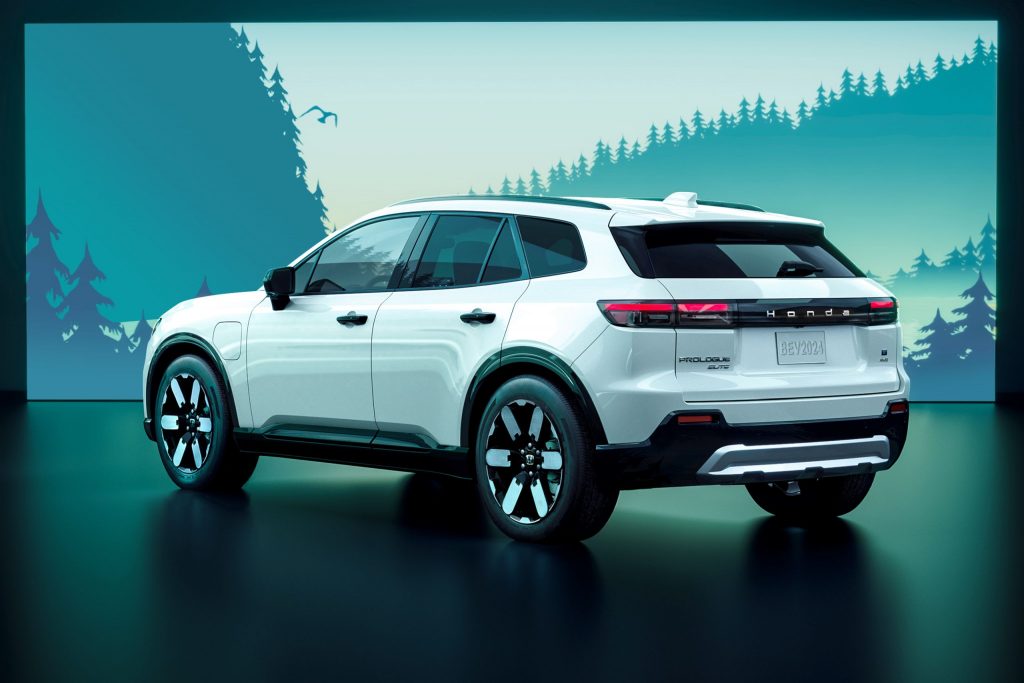 Honda has not yet discussed engine options. But it has been confirmed that all-wheel drive will be an option for the Prologue. Expect it to use one of the dual-motor configurations used on the Chevrolet Blazer EV, albeit maybe not the SS’s 557-hp engine, which has the longest range. Similar to the Blazer EV, the entry-level option should be a single-motor FWD powertrain with 250 miles/402 kilometers range.

The Japanese manufacturer estimates selling 2 million units of 30 new EVs globally by the year 2030. The Prologue will mark the start of the growth in North America in 2024, and models built on Honda’s own e:Architecture will follow in 2026 and 2027, respectively. 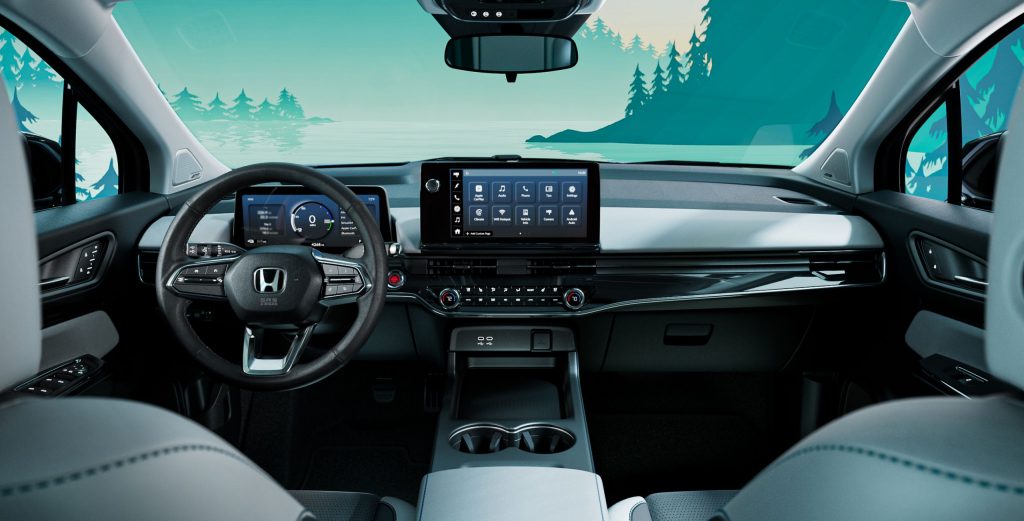 Brevity is the Soul of Wit

This roadmap was provided by Honda for its electric cars in North America:

2024: The Honda Prologue, created in collaboration with GM, will go on the market.
2026: Honda will start selling cars built on its Honda e:Architecture in North America.
2027: Launching sales of a new line of reasonably priced EVs co-created with GM and also made in North America by Honda.