Germany To Test Wireless EV Charging On The Go

In the German city of Balingen, a 0.6 mile/1 km part of the charging road surface will be built.

Toyota received criticism for its advertisements a few years ago that referred to their electrically assisted vehicles as self-charging hybrids. The news is that a German bus will soon be refueling on a wireless ev charging highway in the city of Balingen. It is the newest step in turning that fantasy into a reality.

Even while the project is limited to a single bus, it is not difficult to see how the technology can eventually be used in vehicles and other places all over the world.

Governor of Michigan stated in December of last year that the state will investigate wireless in-road refueling on its roadways. If automobiles can charge while driving, their batteries may be smaller. It makes them lighter, more efficient, and much less expensive.

Similar to how inductive charging on cell phones functions, so does automotive technology. Magnetic coils in the ground transmit electricity to a coil on the automobile through the air. Car static charge stations have been available for a while. The fact remains that charging highways are more complex and are still in the planning stages.

For the Balingen project, Israeli firm Electreon and German firm EnBW have collaborated to install 0.6 mile/1 km of Electric Road System (ERS) along a section of German highway, as well as two static charging stations at spots where the bus usually stops along its route. The Electreon will build charging infrastructure, which will get up to $3.2 million in funding. 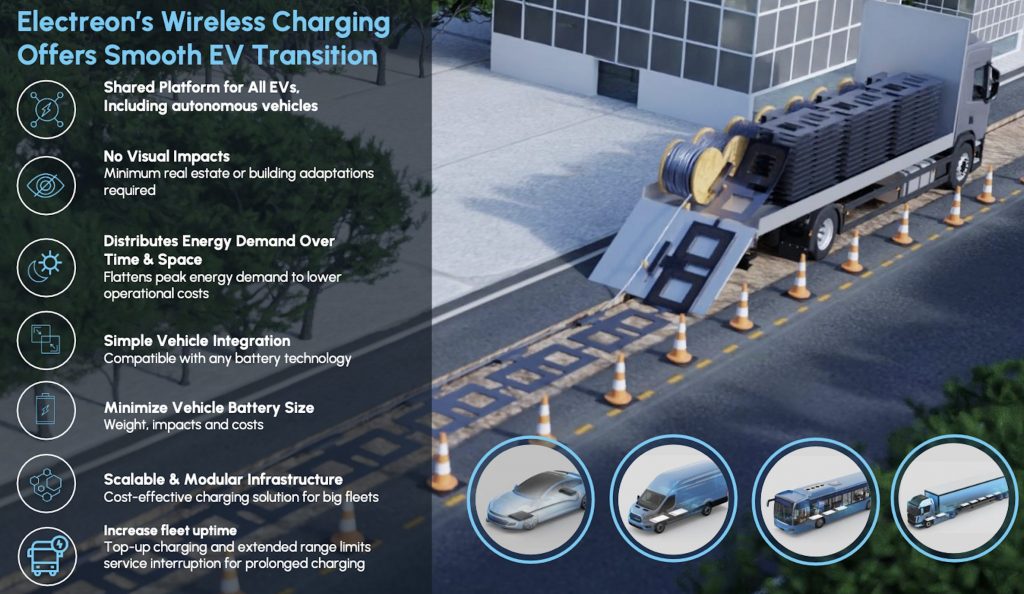 At EnBW’s training facility in Karlsruhe, Germany, Electreon, and EnBW conducted a successful pilot study in the past. More recently, Eurovia and Electreon presented a proposal to electrify a section of the German highway in Bavaria.

While Stellantis tested a site modeled after a motorway in Italy to explore inductive charging, Sweden has its own wireless charging road project. Perhaps in ten years, the Mazda MX-30 with its meager 100 mile/160km range will be a design that was ahead of its time.