According to the manufacturing company, the Ford E-Transit Custom van (there will also be a passenger version) is developed from the ground up to bring a no-compromise all-electric design to offer a destination WLTP range of up to 236 miles/380 km, the full towing capability of up to 2,000 kg, DC fast charging, and Pro-Power Onboard feature to provide exportable power for tools, lights, and devices while on site. More information is expected to be released in September.

“This is a watershed moment for European commercial vehicle operators and another hugely significant realization of our Ford Pro ambitions,” said Hans Schep, general manager, Ford Pro, Europe. “Europe’s greatest van has gone all-electric, and the sustainable way to businesses all over Europe cannot be exaggerated – endorsed by our distinctive Ford Pro one-stop-shop of productive output services.”

The Ford E-Transit Custom is the first of 4 major electric commercial trucks from Ford that will be released by the end of 2024 (in addition to the existing Ford E-Transit manufactured in the United States and Turkey). To assist its electrification plans, Ford will establish a battery JV in Turkey with SK Innovation’s SK On (30-45 GWh annually). 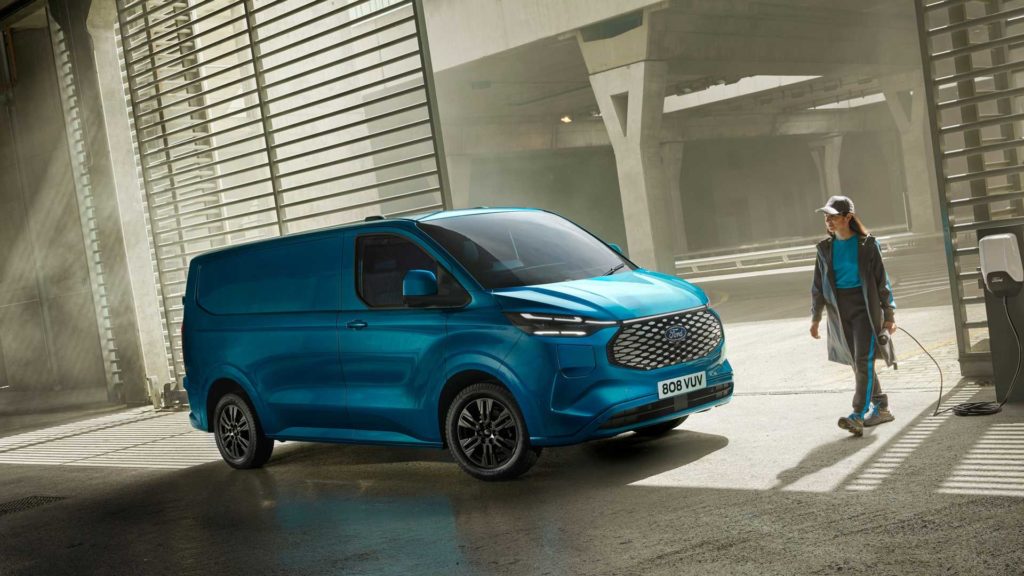 ProPower Onboard technology will also provide exportable power for tools, lights, and devices while being on-site, one of the functionalities evolved using in-depth insights from van users to ensure E-Transit Custom delivers an unrivaled customer experience.

Ford announced earlier this year that four new all-electric vehicles will join the E-Transit two-tonne van as part of the iconic Transit family by 2024, including the Transit Custom and Transit Courier vans, as well as the Tourneo Custom and Tourneo Courier people movers.