Voyah FREE deliveries will soon start in Norway, as the automaker already shipped the first batch of 500 electric vehicles.

Voyah announced that the first batch of 500 FREE EVs are on their way to Norway. Deliveries will hopefully start in late November. Chinese brand first confirmed its European expansion in February 2022 and later opened a showroom in Oslo, Norway.

Related Article: Which Chinese EV Brands are Coming to US and Europe?

Voyah is a EV-only brand owned by China’s one of the largest automakers Dongfeng Motor. Its first vehicle is called Voyah FREE, a mid-range electric SUV that has both a range extender and a fully-electric version.

The electric SUV will be first launched in Norway. Norwegian customers has been pre-ordering Voyah vehicles since June. More Voyah showrooms will appear throughout Norway in the next couple of months. 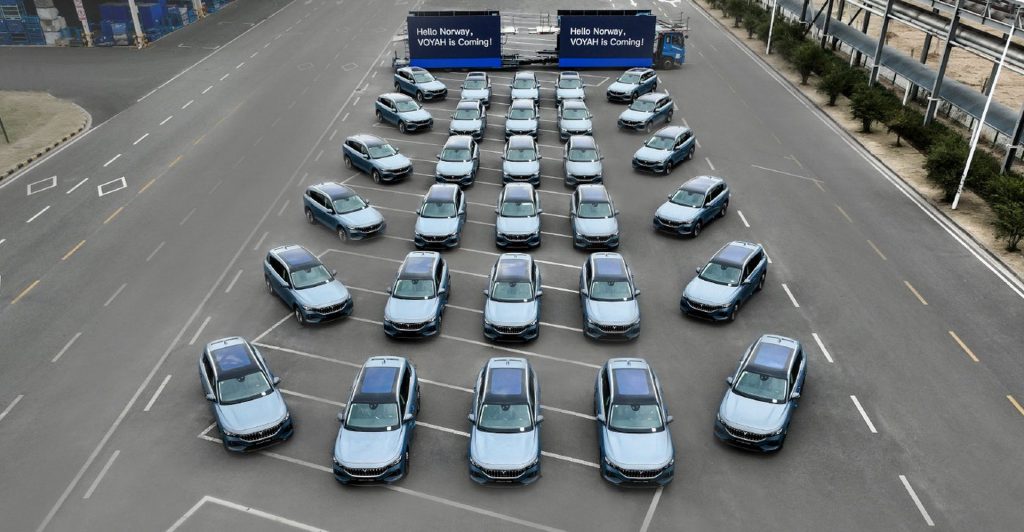 The second Voyah EV is coming in 2023

The automaker’s second vehicle is also coming to Europe next year. Voyah Dreamer is a 7-seater luxury electric MPV. This model has also an EREV version with a range extender petrol engine. Fully-electric Dreamer can travel up to 605 kilometers, thanks to a 108.7-kWh battery pack option.