There are four common EV range tests that have been in use all over the world. These are EPA, WLTP, NEDC, and the new Chinese standard CLTC.

Electric vehicles are the future of the automotive world, and one of the most frequently asked questions in this new era is “What is the range of a certain EV?”. Customers looking for an EV to buy usually ask about the vehicle’s range figures first. But answering this question is not so simple because there are different test cycle standards used for calculating an electric vehicle’s range.

There are four common range tests that have been in use all over the world. These are EPA (Environmental Protection Agency) ratings, WLTP (Worldwide Harmonised Light Vehicle Test Procedure), NEDC (New European Driving Cycle), and CLTC (China Light Duty Vehicle Test Cycle). Some range tests are more generous than the others, NEDC and CLTC are usually the most generous of them all. EPA ratings are generally the most accurate range information you can find on the internet, because of the EPA’s realistic test cycles that better simulate real-world usage of an EV. WLTP is used by European automakers and is 80-90% accurate when compared with real road tests. To sum up, EPA and WLTP range tests are very close to real-world range figures you can get from your electric vehicles, whereas NEDC and the new Chinese test cycle called CLTC are typically overstated the amount of range drivers can see in real-world use, resulting from the misinformation of the EV customers.

To better understand the difference between EPA, WLTP, NEDC, and CLTC range tests, you should read further.

What is the EPA Range Test?

The EPA range test for electric vehicles is called Multi-Cycle City/Highway Test Procedure. The agency tests EVs on dynamometers and puts them through different test cycles. The testing procedure starts with charging the car and leaving it parked overnight. The next morning, EPA puts the vehicle on a dyno and starts the range estimation process.

The electric vehicle is put through multiple urban and highway driving cycles until the battery is out of charge and the car is no longer be able to run. After completing the test cycle, the EPA then multiplies the preliminary range numbers by 0.7 to provide a final rating for the EV they tested. That is how EPA rates EVs for fuel economy and mileage/or MPGe.

After Volkswagen’s Dieselgate scandal in 2015, European Union decided to introduce a new test procedure for vehicles, namely the WLTP (Worldwide Harmonized Light Vehicle Test Procedure). The predecessor of the WLTP, which is called NEDC (New European Driving Cycle), was developed in the ’70s and is already outdated by other standards. The NEDC’s consumption and range measurements are not very close to real-traffic test results, as well.

WLTP, however, corresponds better to real traffic, it records about 20% higher consumption and EV range figures than the NEDC. The reason for this big gap between WLTP and NEDC is that the WLTP test conditions are way more realistic. WLTP uses longer driving cycles, takes into account real-world factors (air conditioning, electronics inside the car, etc.), and measures consumption figures from a broader speed range (29-82 mph).

There are also some problems with the WLTP test cycle, such as tightly controlled testing temperature. Electric vehicles tend to lose some of their range in cold weather conditions, resulting in range figures significantly lower than WLTP estimates. This can be fixed by including a cold-weather driving cycle in WLTP testing procedures.

In the EV world, Chinese automakers are the only ones that use NEDC to test their electric vehicles’ range, Americans use EPA ratings, European and Japanese manufacturers all depend on WLTP standard. But China has been gradually implementing a new fuel economy/EV range test procedure in its domestic market, namely the CLTC (China Light-Duty Vehicle Test Cycle). This new standard promised to be more accurate than the old NEDC.

The new CLTC standard includes three test phases (slow, medium, fast driving). The testing process lasts 30 minutes, and the car travels about 14.5 kilometers in total. CLTC can be considered the WLTP equivalent of the Chinese automakers. There are some significant differences between WLTP and CLTC, as well. One of which is the idling duration of the car while testing the consumption; it is two times longer in the CLTC tests than the NEDC. The CLTC test cycle also includes more stops than the WLTP cycle, and the CLTC testing speed limit (114 km/h) is lower than both NEDC and WLTP.

The EPA ratings of electric vehicles are the most accurate, according to the real-world test results. The EPA range estimates are approximately 11 percent lower than the WLTP range figures. For example, an electric vehicle with 100 miles (or kilometers) of WLTP range is probably going to get an EPA range estimate of around 89 miles (or kilometers), or 11 mi./km less range than the WLTP standard.

Besides EPA offering the most realistic results, WLTP is the second most trustworthy standard for determining the real range of an electric vehicle. If you want to learn the real range of your future EV, look for EPA and WLTP figures. NEDC and CLTC ranges are not very close to real-world data, as the actual driving tests showed. 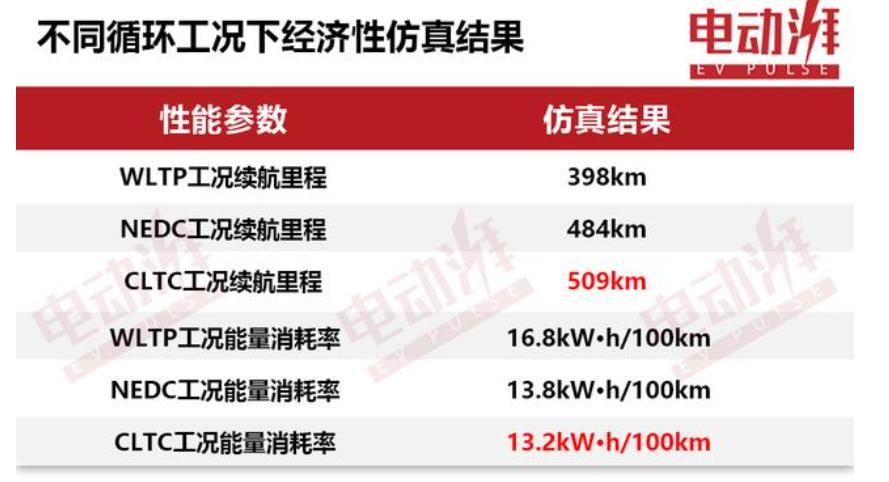 According to the Chinese sources, CLTC estimates are mostly higher than both WLTP and NEDC range figures. For example, an electric vehicle that has a 398km WLTP and a 484 km NEDC range estimate scored more range (509 km) when CLTC testing procedures were followed. The reason for this is that the Chinese authorities wanted to create a new testing standard that takes into account Chinese roads, traffic conditions, and Chinese driver habits. As a result, we have a more optimistic EV range test standard on our hands.

WLTP is way more accurate than CLTC, as the data shows. The new EV range standard that replaced NEDC in China is clearly more optimistic than the other standards. Overall, CLTC range figures tend to be 15 to 25 percent higher than WLTP. Most of the Chinese EV makers already started using CLTC to show range data. Even Tesla updated its range figures accordingly.

The CLTC is in its early stage to become the only range estimation standard in China, the world’s largest EV market. That means overstated EV range figures will still be a headache for us. But it is the only range standard that prioritizes Chinese driving habits and China’s road conditions. So, from now on keep in mind that CLTC is actually a very accurate range test, but only in China. You better find yourself another range estimate, if you’re not living in there.