It is estimated that there are more than 1.3 million public charging stations worldwide. Half of them were installed in the last couple of years in China where most of the EV charging station manufacturers reside in.

Related Article: Top 15 EV Charging Networks in the US

Chinese EV charger producers Star Charge and TELD are probably the world’s biggest, but these two companies are just getting started with their global expansion plans. ABB, Tesla, Siemens, EVBox, Wallbox and Tritium are also among the largest DC charger producers in the world. Here is our full list of 15 electric vehicle charger companies that operate around the globe: 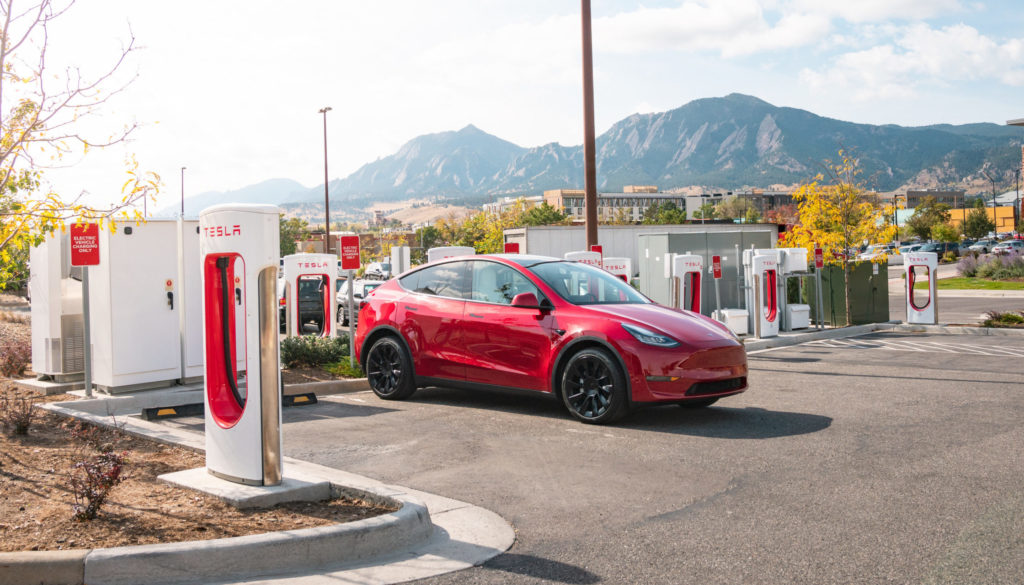 Tesla has approximately 3.400 Supercharger stations and more than 31.000 EV charging sockets and that makes Tesla one of the companies that have the largest fast-charging stations network. V3 Supercharger units can deliver up to 250 kW and preserve this charging speed for a long time. Tesla won the title of charging network operator with the highest average charging speed.

Tesla develops and manufactures its charging units and was producing all its stations in its Fremont, California factory until 2021. The company opened its second Supercharger production facility in Shanghai, China in 2021 and now can manufacture more than 10 thousand charging units per year in the second factory. 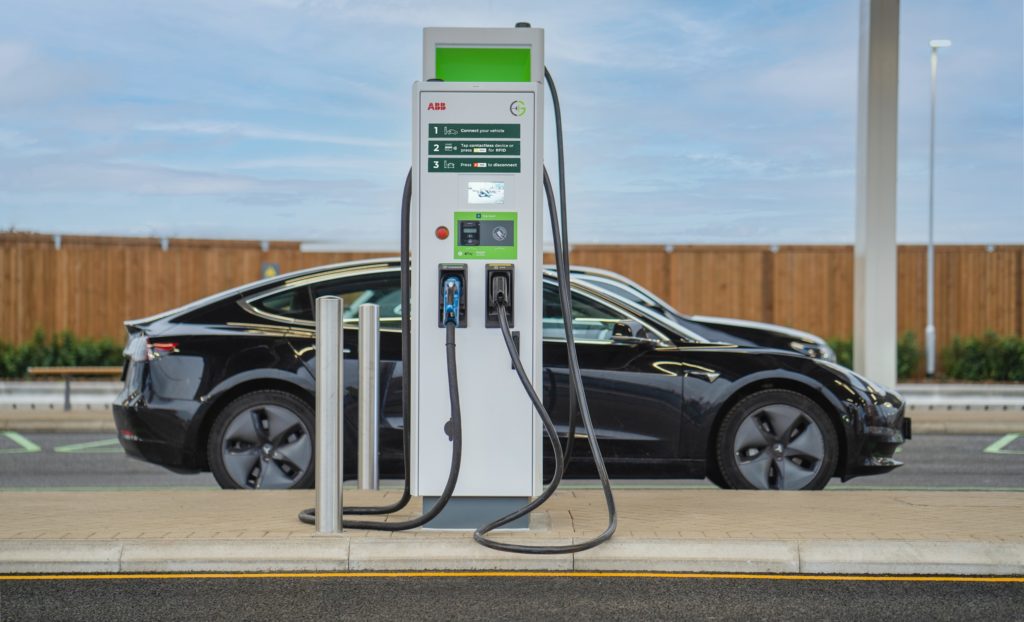 Switzerland-based ABB is one of the most widely used brands in the world for electric vehicle fast-charging units. The company is the leading name in the sector of electrical equipment and since 2010, it has sold more than 460,000 EV charging units, 21,000 of which are DC.

ABB is used in high-speed charging stations established by Porsche in our country to develop the solution with the highest charging capacity in a single unit with 360 kW. In the coming period, we will see that much more high-speed ABB charging stations will become operational in Turkey in cooperation with DBE Holding.

An example station project from England where ABB charging units are used: 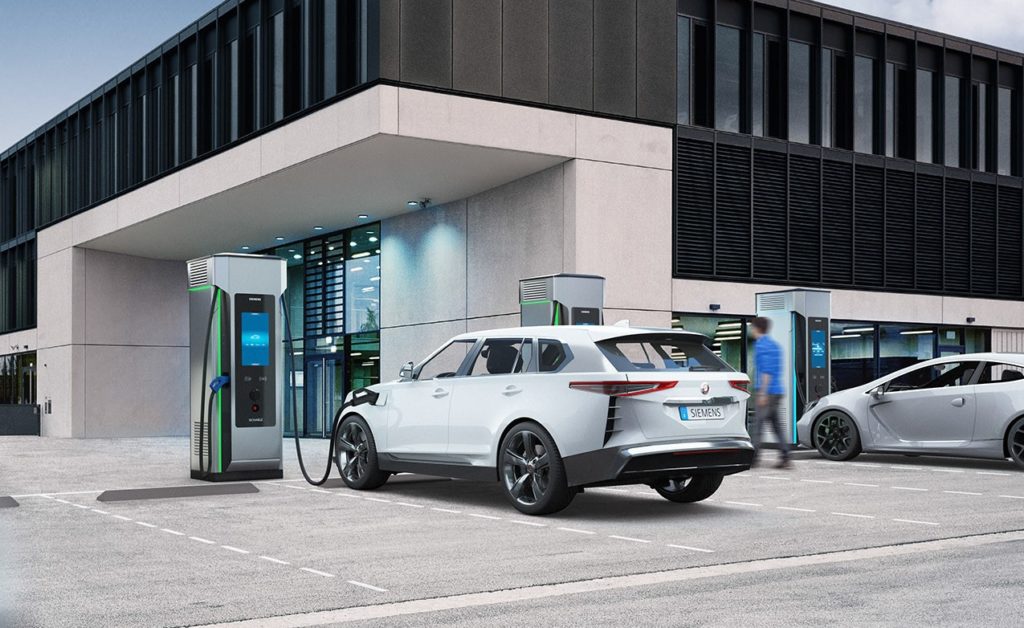 Siemens, which manufactures electric vehicle charging units under the VersiCharge sub-brand in the USA, is another important player in the global charging market. The German technology giant creates AC charging solutions for most of its sales, and just like ABB, also produces high-speed DC charging stations under the Sicharge brand.

Offering a charging capacity from 160 to 300 kW in a single unit, Sicharge solutions also provide energy savings with a charging efficiency of up to 96%. 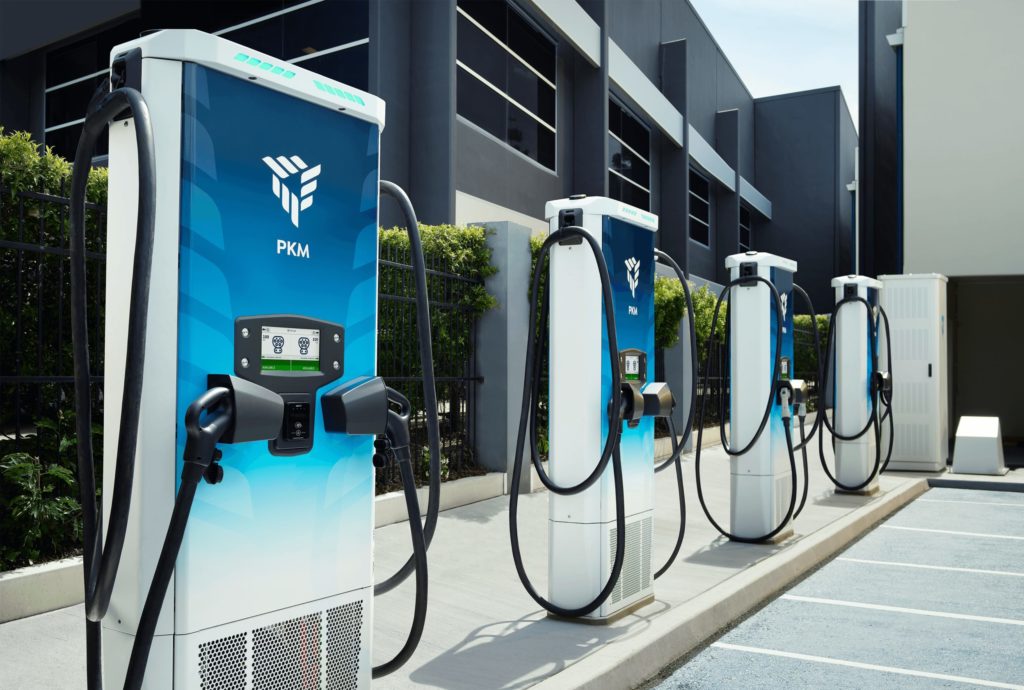 Founded by young entrepreneurs in Australia in 2001, Tritium is today one of the world’s largest manufacturers of DC fast charging units. The company holds 20% of the European market and 16% of the USA and has announced in February 2022 that it would establish its second factory in the state of Tennessee, with a ceremony attended by US President Joe Biden.

Tritium has sold more than 6,700 fast-charging units to date and has two series of charging units, RT and PK. The Australian company starts with 50 kW in a single unit and develops products up to 350 kW capacity and also aims to increase its dominance, especially in the USA market. 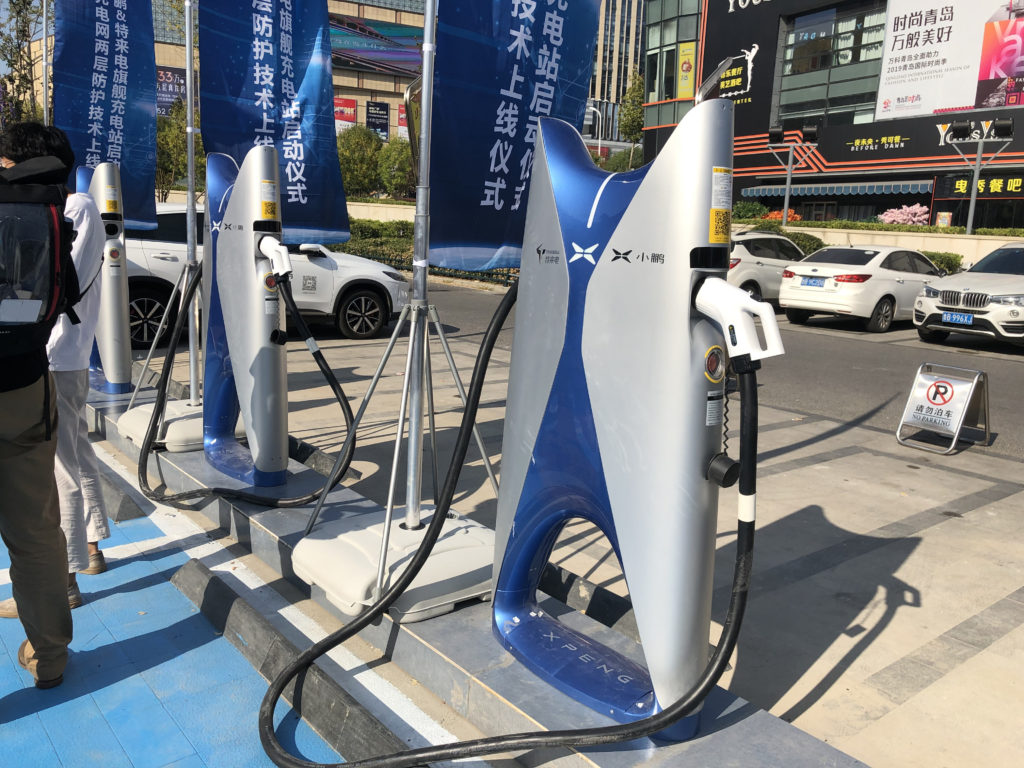 According to December 2021 data, TELD has the largest fast-charging network in both China and the world, with more than 151 thousand DC fast charging units. The company is famous for its transformers in its hometown China and for its success in defeating ABB and Siemens in the transformer tender opened for the Qinghai-Tibet railway, which is the highest railway line in the world. Today, the Chinese company is also showing the same success in the charging station sector.

TELD holds more than 20% of the electric vehicle charging station market in China whereas it is working on risk monitoring and early error warning systems to ensure the safest charging service. 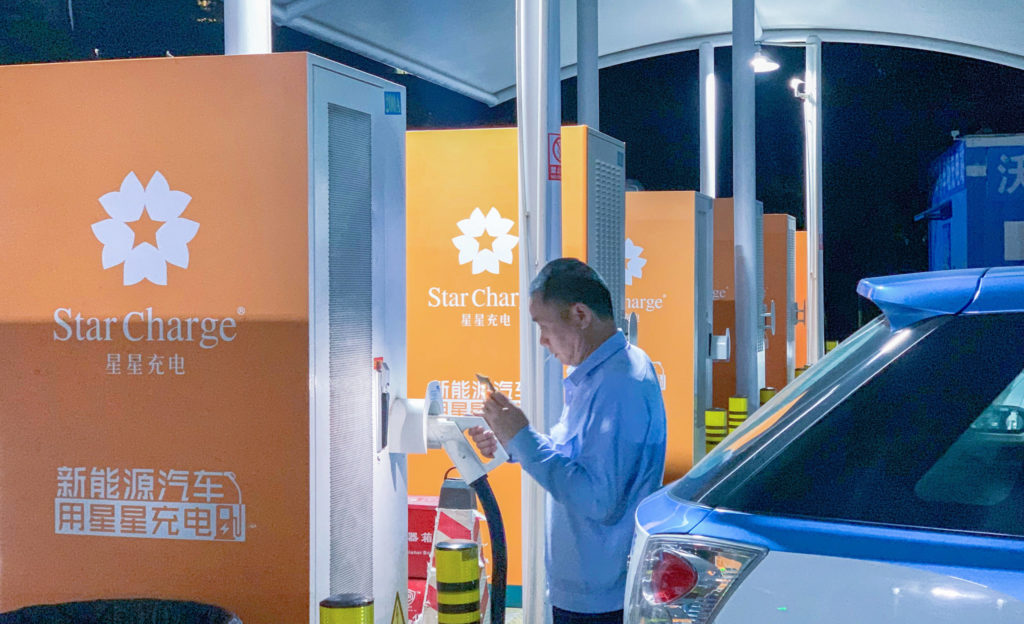 Star Charge operates China’s largest charging network with 257,000 electric vehicle charging stations according to the end of 2021 data. The company mediates the transfer of 8 GWh of electricity per day to vehicles. Although AC charging units are more common, the company has doubled its DC fast-charging network in the last year and works with the Chinese state-owned State Grid on many large-scale projects.

EVBox is a Netherlands-based charging equipment manufacturer, which carries out most of its operations in European countries, The company manufactures its electric vehicle charging units. It is acquired by the French electricity transmission company ENGIE in 2017 and quickly expanded into different markets to expand its sales network. 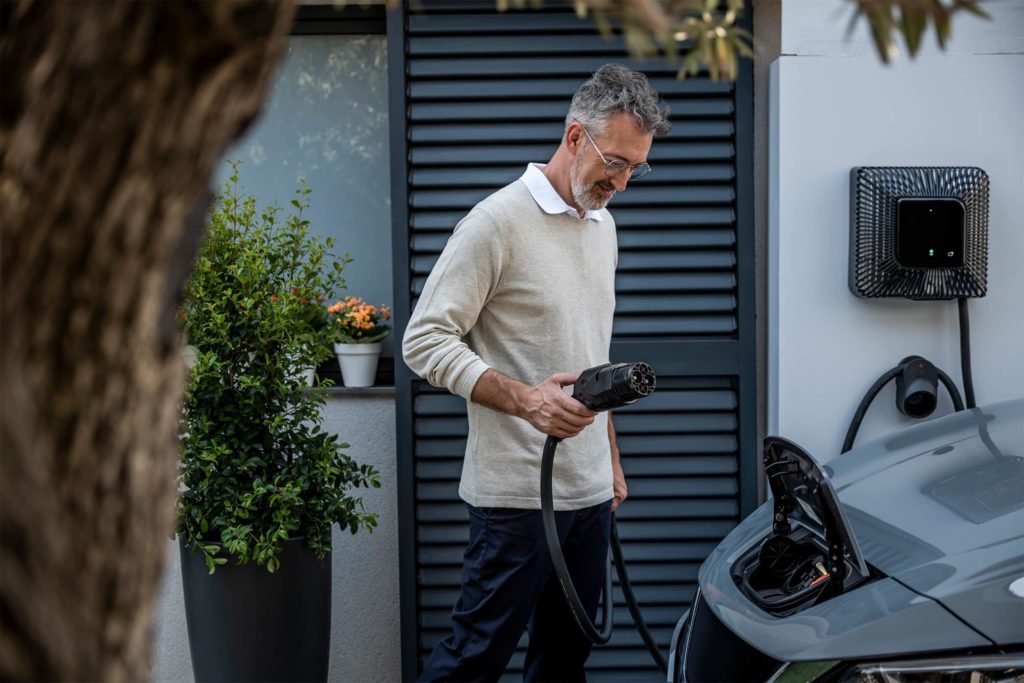 Spanish electric vehicle charger manufacturer Wallbox is one of the brands that electric car users are most familiar with in the world. Producing portable or home/workplace mountable smart chargers, the Barcelona-based company has sold more than 100,000 to date.

Launching its first DC charging solution, called Supernova, by the end of 2021, Wallbox will soon start to make a name for itself in large charging stations outside of homes and workplaces. Wallbox Supernova with a capacity of 65 kW will intensify the price competition in the market with half the cost compared to equivalent solutions.

The company, which has been developing more powerful charging solutions with a capacity of 150 kW and even 250 kW, apart from Supernova, was put on the stock market with a SPAC agreement in 2021. The market value of Wallbox, which is traded on the New York stock exchange with the WBX code, is at the level of $ 1.89 billion.

Ireland-based Eaton has a significant position among companies that make electric vehicle charging stations in the global market. Eaton, which acquired the Swiss-based Green Motion company in March 2021, invests heavily in the production of charging equipment, especially AC charging solutions.

The solution with the highest charging capacity of Eaton develops products under the name xChargeIn and it is ranging from 22 kW to 66 kW fitting both Type 1 and Type 2 cables and are designed for use on public and private parking facilities and highways.

Schneider Electric started its charging station activities quite late and is trying to make a presence in the market with cheaper charging solutions with more AC charging capability. Among the solutions sold under the EVlink brand, there are DC charging units that can serve at a low speed of 24 kW. However, certainly, the company cannot develop products as strong as its competitors in the electrical equipment market, ABB and Siemens.

German automotive parts supplier Webasto specializes in battery pack production and produces chargers. It is possible to find wall-mounted chargers suitable for homes and offices of Webasto, which mostly sells AC charging solutions, in almost every country in Europe.

Family-owned Webasto, headquartered in Stockdorf near Munich, is aiming to become a market leader in direct sales of EV charging cables to manufacturers of hybrid and electric cars in North America. In 2022, the company’s market share in this segment is expected to jump to more than 40 percent, with 400,000 EV chargers sold.

The EV chargers of Webasto can be used to charge electric vehicles from domestic and industrial sockets with a power rating of up to 7.7 kW. Automatic adapter recognition and current limitation coupled with temperature monitoring ensure that overload or overheating conditions cannot occur during charging.