Einride announces a new trailer at the Einride Mesh 2022

At the Einride Mesh conference, Swedish company Einride introduced new software and hardware products including design concepts of the Einride Trailer and new features and functionality on the Einride Saga platform.

Einride is a freight technology company founded in 2016 and develops electrified commercial mobility solutions and autonomous Class 8 trucks. The company launched its first EV in 2018 and it’s called T-Log which is an autonomous all-electric logging truck. After the T-Log, the Swedish company unveiled the Pod, which is a similar all-electric, driverless truck. The Pod’s public road tests had begun in 2019 in Sweden and will be on the roads in the US soon.

Einride increasingly invests in the USA and announced last November the plans of having a new headquarters in New York. Also, the freight technology company will start the training of Remote Pod Operators in Texas after the Pod hits the roads.

Along with the Pod trucks, Einride also manufactures E-Trucks with the data-driven Saga OS software to optimize fleets and logistics. In 2022, the Swedish company plans to launch 200 electric Class 8 trucks from BYD in the US and has already partnered with Maersk to increase the electrification of the freight segment. 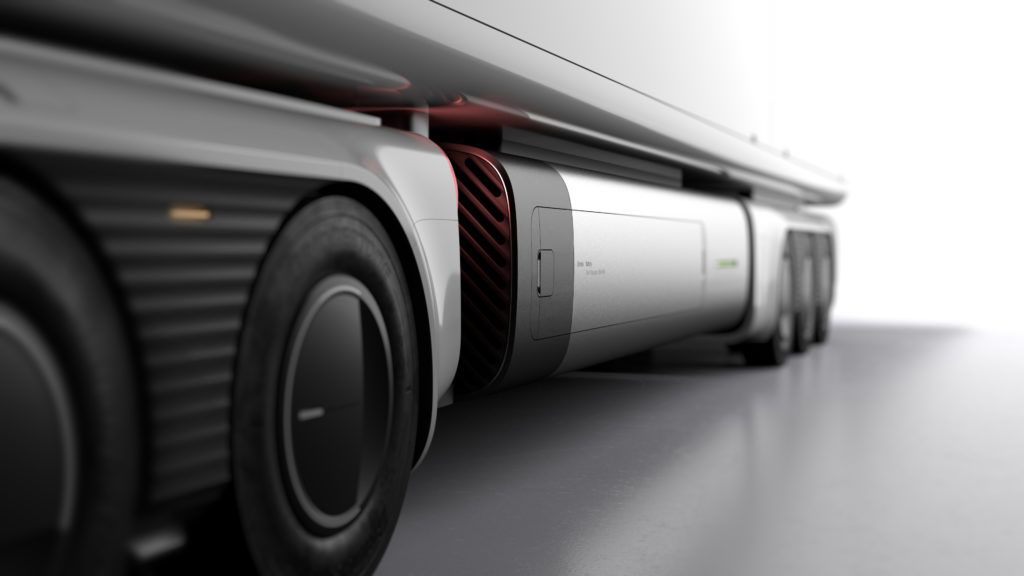 Einride organized its first-ever Einride Mesh conference in Gothenburg, Sweden, and announced its new product developments along with keynotes, panel discussions, and presentations from leaders in tech and sustainability.

In the event, the Swedish company reveals new updates from Saga operating system which optimize transport business for electric and autonomous shipping fleets by analyzing all physical conditions and routing needs with algorithmic precision.

Lastly, in the Einride Mesh, the concept pictures of the company’s future EV called the E-Trailer were showcased. The new electric vehicle is described as a “design concept” at the conference. Its production will be starting soon, and the test will be in 2023.

Einride’s new e-Trailer will be integrated with other Einride electric and autonomous trucks to provide optimal performance. It will also be compatible with conventional electric semi-trucks. In the press release, it is stated that the E-Trailer can extend the range of over 650km (400 miles) with a single charge.

Powered by Einride Saga, the carriers using E-Trailer will be notified of load status and cargo process along with the preventive maintenance. Check out the debut video from Einride below: