Bentley to become an exclusively electric brand by 2030

The £2.5 billion investment as part of the Beyond100 strategy will allow Bentley to renew its entire product portfolio, starting with new hybrids.

Bentley will produce 5 new electric models by 2030, and the first of them is due in 2025. The company has announced ‘Beyond100’ in 2020, its new strategy to become carbon-neutral by the end of the decade

Before being an EV-only brand, the British company is set to transform existing models into hybrids. The Flying Spur model will be the first to get a plug-in hybrid drivetrain this year.

Bentley will invest £2.5 billion in its sustainability over the next 10 years and this investment will transform the Crewe Campus into a world-leading, next-generation, low environmental impact manufacturing facility for its first-ever battery-powered electric vehicles.

The all-new electric Bentley to launch in 2025

The first new fully electric Bentley will be manufactured at this upgraded Crewe and be seen by the end of 2025. Chairman and CEO Adrian Hallmark has told that this all-new model will not compete with any of Bentley’s existing models, saying: “We intend to create not just an EV but to shape a segment too.”

By the end of the decade, there will be four more electric Bentley, including new hybrid versions of Bentayga, Continental GT, and Flying Spur.

Hallmark also confirmed that in 2022, Bentayga PHEV will be second in the production line, following the plug-in hybrid drivetrain of the Flying Spur. Bentley awaits that one-fifth of the sales in 2022 will be hybrids. 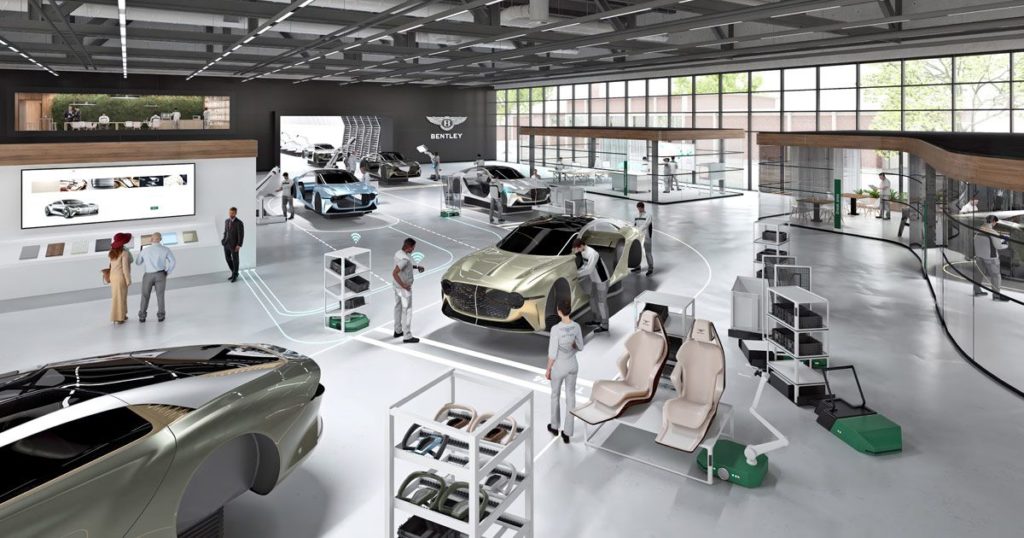 The £2.5 billion investment as part of the Beyond100 strategy will also allow the company to renew its entire product portfolio, and Hallmark summarized the plan and their objectives:

“Beyond100 is the boldest plan in Bentley’s illustrious history and also in the luxury segment. It’s an ambitious and credible roadmap to the carbon neutrality of our total business system, including the shift to 100 percent BEV in just eight years. Our aim is to become the benchmark not just for luxury cars or sustainable credentials but for the entire scope of our operations. Securing production of our first BEV in Crewe is a milestone moment for Bentley, and the UK, as we plan for a long-term sustainable future in Crewe.