Audi seeks to simplify their automobiles.

Audi announced last year that it would only produce electric vehicles going forward, beginning in 2026. The company will then start phasing out ICE-powered vehicles progressively with the intention of doing so by 2033.

Despite the fact that Audi released a statement centered on production that gave a few hints about its electrified lineup. The company specifically reaffirmed that the Q6 e-Tron will start leaving the Ingolstadt manufacturing line in 2019.

Production of electric vehicles would then “gradually commence in Neckarsulm, San José Chiapa, and Gyr as well,” the company added. In addition to this, every assembly facility will be making at least one electric car by 2029.

Audi Winks for Electric A4 and A5 Production

Audi’s apparent references to the A4 and A5 e-Trons were more intriguing. The company said only that “the new Audi Q6 e-Tron, for example, would initially be built in Ingolstadt on the same line as the Audi A4 and A5.” They didn’t reveal much further about them. Following that, electric cars will gradually take the place of combustion-engine vehicles on the lines.

Audi Plans to Cut Annual Costs in Half by 2033

In terms of manufacturing, Audi hopes to slash plant expenses in half by 2033. The corporation seeks to streamline its automobiles as part of this initiative.

Audi wants to remove the complexity that “does not serve the consumer,” which often entails providing fewer choices and equipment combinations. The “vehicle development will take into account a simpler production process from stage one” will make this possible. 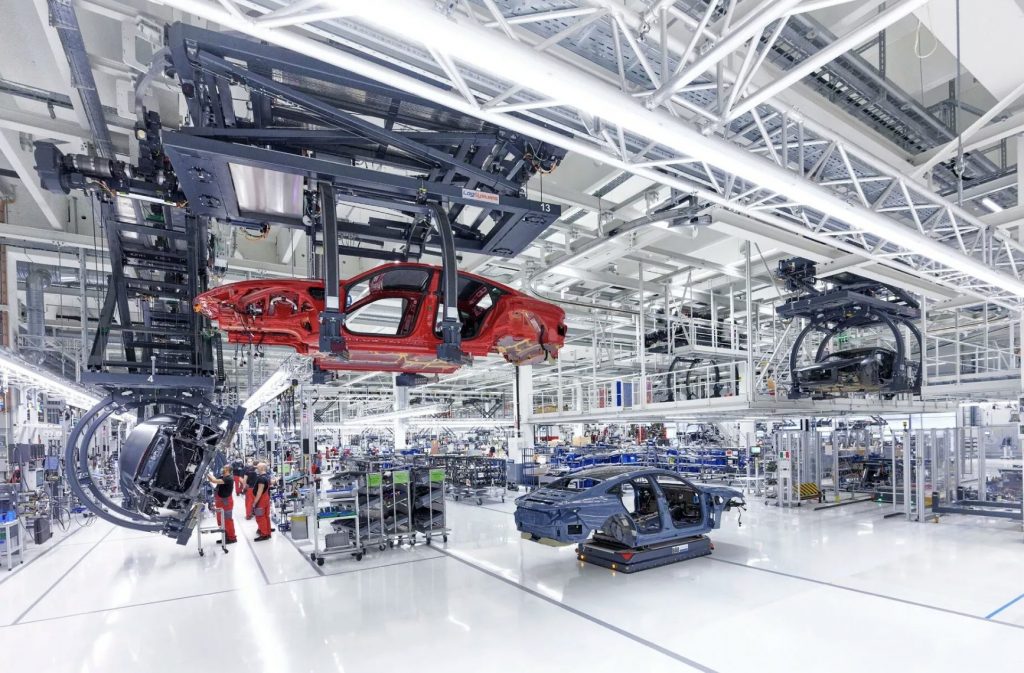 The effects are still unknown, although other cost-cutting measures emphasize digitization. The carmaker said they wanted to replace “expensive industrial PCs, minimizing IT activities such as software rollouts and operating system updates” by using its Edge Cloud 4 Production solution, which leverages local servers.

Future plans for the business include the use of cycle-independent reconfigurable assembly and virtual assembly modeling to streamline work involving significant levels of product variability.