Estonia-based e-bike company Ampler has just unveiled two all-new city e-bike models that have options for urban riders. The new Juna is a relaxed comfort bike for cruising the city, while the new Axel offers a sportier ride for daily city commuters.

Ampler has introduced two new pedal-assisted electric bikes, the Juna and the Axel. Having sporty bikes like Curt and Axel, relaxed ones like Juna and Stellar, and a sturdy bike, Stout shows that Ampler provides all kinds of e-bikes for all types of riders. The company has integrated the batteries neatly into the downtubes so that e-bikes will have a design that looks like regular bicycles.

The company has been founded in 2014 in Estonia by a professional motocross racer, a bike designer, and an engineer. In 2016, the e-bikes were bulky and designed with bolt-on batteries, but they have introduced their first three models that are attractive and lightweight. 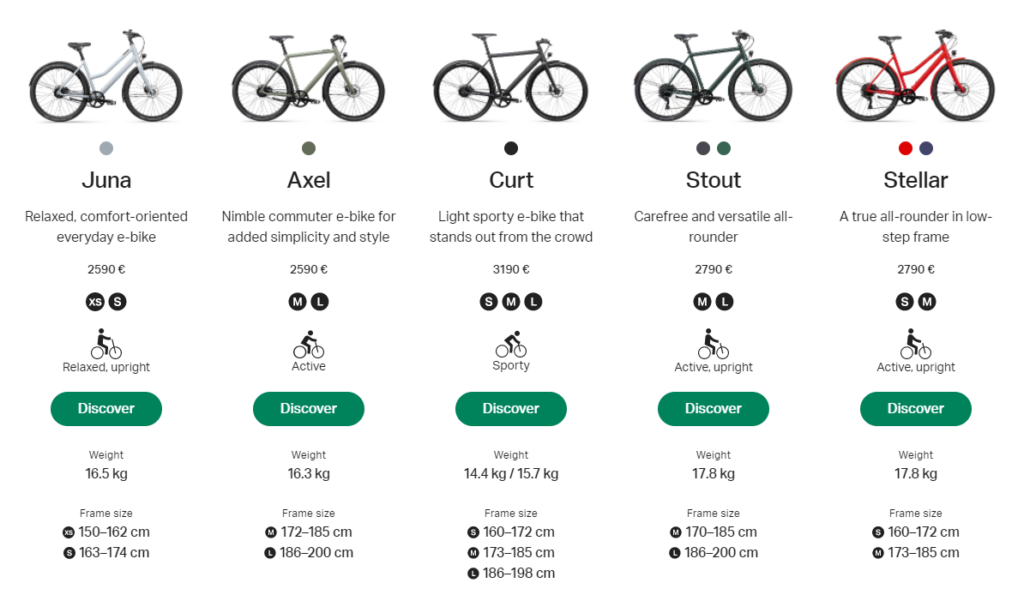 In a press release, Ardo Kaurit, Ampler CEO and co-founder says that they call these e-bikes the second generation because almost everything is new, including fully in-house developed frames and electronics systems.

The new models, Juna and the Axel have puncture-resistant 50mm tires and Gates carbon belt drives that replace conventional bicycle chains. The company goes for almost every part of the e-bikes to be as maintenance-free as possible including the hydraulic disc brakes.

The powertrain is the same for the Juna and Axel and they have a rear hub motor powered by a torque sensor-based pedal-assist system for highly responsive and natural feeling motor assist. A 48V battery with 336 Wh of capacity can be removed for servicing, but not for daily charging.

The Ampler Axel and Juna are both priced at €2,590 (approximately US $2,810), making them some of the more affordable European-produced electric bicycles on the market.