Amazon to Make Deliveries with over a 1,000 Rivian Electric Vans

Amazon has delivered over 5 million packages with over 1,000 Rivian’s electric delivery vans since the July of this year.

The electric delivery van fleet of Amazon is growing day by day and its size is exceeded 1,000 electric vans. The retail giant has made more than 5 million deliveries in the US with Rivian-made zero-emission vans since earlier this year.

Amazon has overall 30,000 delivery vans and 20,000 trailers in its total fleet, but the number of electric delivery vans is increasing among them, and Rivian will deliver up to 100,000 vans to Amazon. Rivian-made EDVs are started operating in many cities across the US since July.

As the number of EDVs is increasing in Amazon’s fleet, Rivian has accelerated its production of them. The EV company declared that over 7,300 R1T pickup trucks, R1S SUVs and EDVs are manufactured between July and September. In the same period, the company delivered 6,584 vehicles. 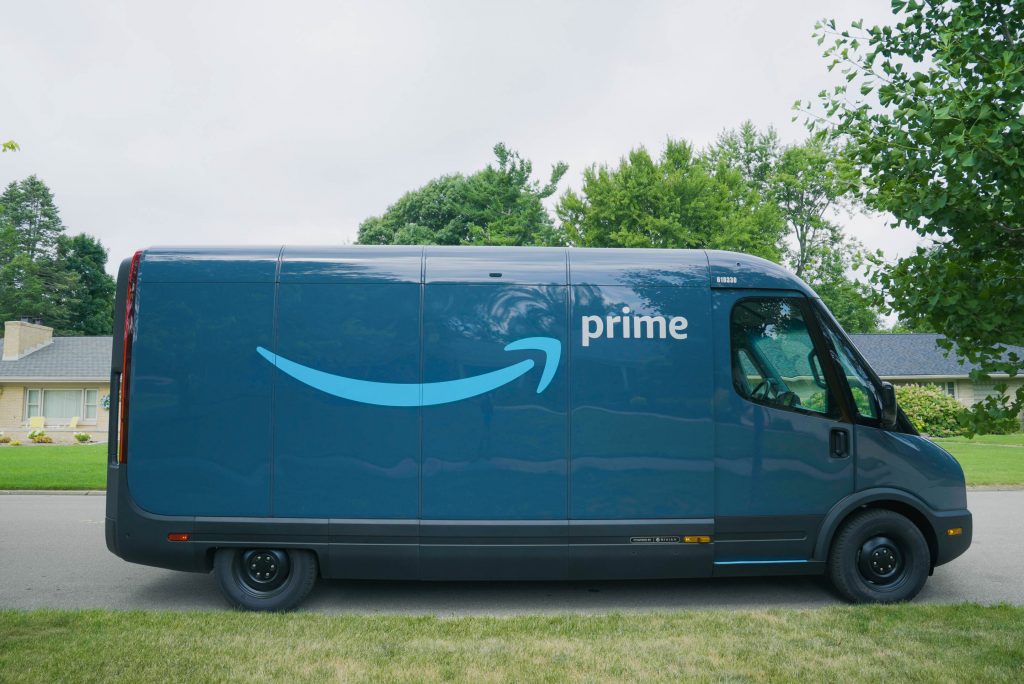 The goal of Amazon and Rivian to create an electrified delivery fleet has been obstructed by supply chain problems and inflation. When the deal between the two companies was first announced in 2019, 100,000 vans aimed to be on the roads by 2024.  However, now, Amazon changed its projection to 2030. The EV startup Rivian has also struggled with mass production last year, as delivery-ready vehicles may show severe production-related issues.

The vice president of Amazon Transportation, Udit Madan, said, “We’re always excited for the holiday season, but making deliveries to customers across the country with our new zero-emission vehicles for the first time makes this year unique”. He also stated that over 5 million packages have been delivered with Rivian’s EDVs so far and as the number of EDVs is going up to 100,000, the delivery numbers will grow exponentially.