10 Advantages of Owning an Electric Vehicle

The idea of owning an electric vehicle has become more and more popular with the increasing fuel prices. Electric vehicles, which provide the opportunity to travel at a much lower cost than an ordinary gasoline/diesel vehicle thanks to the possibility of charging at home, have now been accepted as an important alternative in many countries, even if gasoline and diesel prices will return to normal.

There are greater advantages that make EVs indispensable in the transportation industry, as electric vehicles are gaining popularity due to their low cost of use. This article will discuss 10 advantages of owning an electric vehicle. You can share your opinions and suggestions in the comment section down below.

An average electric vehicle consumes between 15 and 23 kWh of electricity per 62 miles/100 kilometers. In the case of charging at home, the cost will be in the range of 3.3-5.1 cents per mile/1.6 kilometers on average. Although EV charging stations are more expensive, it is possible to say that even in the case of DC fast charging, the cost will be around 35 cents per kWh, and it will still be much cheaper than the current fuel prices.

Efficiency in ordinary gasoline and diesel engines varies between 20% and 40%. In other words, almost only 1/5 of the fuel can affect the movement of the vehicle. However, the efficiency rate rises above 90% in electric motors.

The highly efficient electric motors need several times less energy for the same exertion compared to the equivalent gasoline/diesel vehicles. Although the efficiency of the earlier EV models decreased significantly at higher speeds, this problem was mostly eliminated by the newly developed electric motors, inverters, and multi-speed electric vehicle transmissions.

Gasoline/diesel vehicles have hundreds of moving parts. In a typical electric car, the number of moving parts is no more than a few. For this reason, the routine maintenance cost of the electric vehicle is also very low.

There is no engine lubricant, oil filters, fuel strainers, timing belt, circulation pump, engine water, or similar elements that need to be changed on regular basis in electric vehicles.

Electric vehicles provide higher performance than gasoline and diesel-powered cars. Electric motors weighing less than a person can produce hundreds of Newton meters of torque as soon as the driver steps on the pedal, and reach 200+ horsepower figures much more easily.

The fastest mass-production car title today belongs to the Tesla Model S Plaid in the favor of high-performance advantage of electric vehicles. Tesla’s luxury electric sedan can accelerate from 0 to 60 miles per hour in 1.99 seconds, or from 0 to 100 km/h in exactly 2.1 seconds.

Electric cars, which do not need an internal combustion engine with hundreds of moving parts to move, emit minimal vibration and don’t make noise while operating. Moreover, since they do not consume fossil fuels, such vehicles with zero emissions offer a much more comfortable driving experience than gasoline/diesel vehicles.

Regenerative braking, which is first used in hybrid vehicles, and later in electric vehicles, means that the electric motor is used for braking by operating in reverse. There are two important advantages of this feature. Firstly; with regenerative braking, the energy that is normally lost by turning into heat is converted into electrical energy by the reverse operation of the electric motor, and as a result battery can be charged. Latter; prolonging the service life of brake discs and brake pads utilizing regenerative braking. EVs need less traditional braking, thanks to this feature.

Elon Musk claimed that by dint of regenerative braking, Tesla vehicles will not need brake disc and pad replacement throughout their lifetime with a healthy driving habit, a message he shared on his Twitter account in 2018.

There are no flammable fossil fuels in the electric vehicle and there is no engine that moves by detonating this fuel. Instead, the electric vehicle, which has a more stable electric motor and a battery pack placed on the vehicle floor, is safer in terms of the risk of ignition.

Another factor that makes electric vehicles safe is the shift of the center of gravity towards the lower and middle parts of the vehicle by the dint of the battery pack placed on the floor and the absence of a heavy engine at the front. In this way, the driving safety is increased and the electric vehicle provides better road handling.

The number of moving parts in an electric vehicle is quite low as mentioned in the third advantage. Moreover, electric cars operate at much lower temperatures unlike gasoline/diesel vehicles, whose operating temperature reaches up to 220 Celcius degrees. Thus, mechanical wear is minimized.

Electric vehicles, which do not have any parts other than the gearbox that need to be lubricated, have very few parts that wear out over time and affect the lifetime of the vehicle. The electric vehicle battery can also store the energy to run a vehicle at a reasonable capacity (at least 70%) for at least 10 years, in some cases up to 20 years. It will be possible to use electric vehicles for several million kilometers with the prolongation of the battery life through the developments in lithium-ion battery technologies. 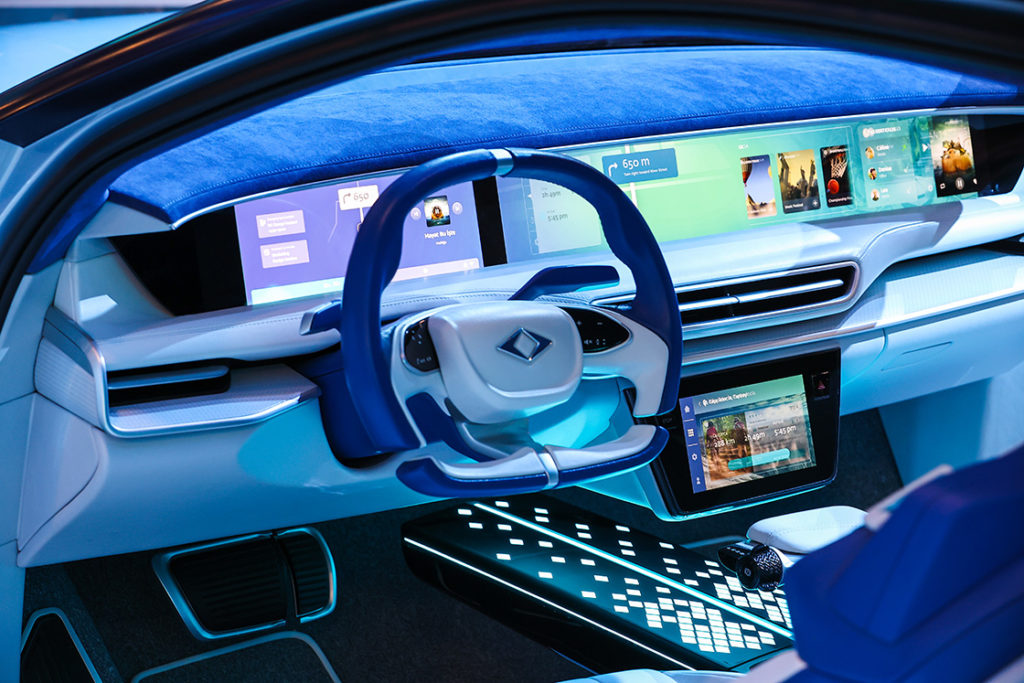 The ‘smart car’ trend, pioneered by China is a sign that electric vehicles are not just about using a different powertrain and energy source. In-vehicle systems, in which names such as Tesla, Huawei, and Google invest millions of dollars every year are also the priority of the Turkish automobile manufacturer Togg. In this context, it is aimed to create virtual driver IDs known as Togg ID, and to perform many transactions with this digital ID system.

According to analysts, who predict that cars will get smarter with the transformation of electric vehicles, with the spread of autonomous driving in the near future. Vehicle owners will complete their work, shop, play games, spend time on social media, or watch TV series/movies while traveling in the vehicle instead of holding the steering wheel, shifting gears, or pedaling. In order to realize these scenarios, both autonomous driving technologies and advanced in-vehicle entertainment/infotainment systems are being developed.

An electric vehicle owner should expect not only instant torque performance and low fuel costs but also a full in-car digital experience from his car. The fact that names such as Ford, Renault, and Volvo will include Google’s Android Auto operating system in all their new vehicles is one of the most remarkable developments in terms of smart car transformation. It seems certain that we will witness similar developments more often as the expectations of potential automobile customers increase.

Passenger vehicles, which cause 8.7% of global carbon dioxide emissions*, are among the sectors that need electrification transformation the most. the environmental impact of automobiles will be significantly reduced via the transition to zero-emission electric vehicles.

The positive impact of electric vehicles on the environment is not limited to emissions. This type of automobile, which does not have a waste oil problem because it does not need an oil change, will reduce water pollution, and also reduce city noise and air pollution.